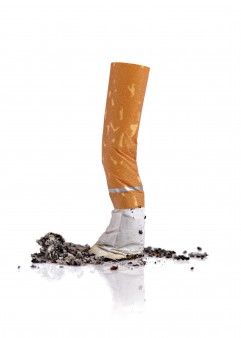 If people living with HIV who smoke quit their cigarette habit, they soon slash their risk of numerous cancers. However, unlike HIV-negative people who quit smoking, HIV-positive ex-smokers appear to maintain a much higher, non-declining risk of lung disease for at least five years.

Researchers analyzed data on members of several ongoing cohorts of people with HIV who had no initial history of cancer, looking at cancer diagnoses among them between 2004 and 2015.

Out of 35,424 participants, 46 percent were smokers and 20 percent were ex-smokers at the beginning of the study. During the follow-up period, the group was diagnosed with 1,980 cancers, including 242 lung cancers and 487 other cancers considered related to smoking.

The researchers found that for about the first year or so after they quit cigarettes, the participants’ risk of smoking-related cancers, save lung cancer, fell dramatically and after that hit a level comparable to that of nonsmoking people with HIV. This drop in risk was unaffected by participants’ age, CD4 count or sex.

When it came to lung cancer, after the researchers adjusted the data for various factors, they found that the risk remained more than eightfold higher for HIV-positive ex-smokers for as long as five years after they quit cigarettes compared with HIV-positive never smokers. HIV-negative smokers, on the other hand, start to experience a decline in risk of lung cancer within five to nine years of quitting.

According to the study’s lead author, Leah Shepherd, a research associate at University College of London with a master’s in biostatistics, longer post-smoking-cessation follow-up may reveal an eventual downward slope in lung cancer risk among people with HIV; her team saw a hint of such a decline after the five-year mark.

Meanwhile, Shepherd notes, “Quitting smoking will improve your health and save you money as well as reduce the risk of cancers, cardiovascular disease and lung infections and lengthen life. It is one of the most powerful lifestyle changes for improved health and longevity that an individual can make, and it is never too late to quit.”

POZ Poll: Do you smoke cigarettes?

I am HIV positive and smoke cigarettes.

I am HIV positive and do not smoke cigarettes.

I am HIV negative and smoke cigarettes.

I am HIV negative and do not smoke cigarettes. 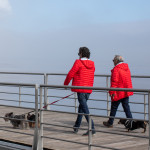 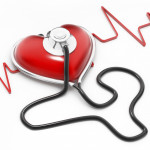