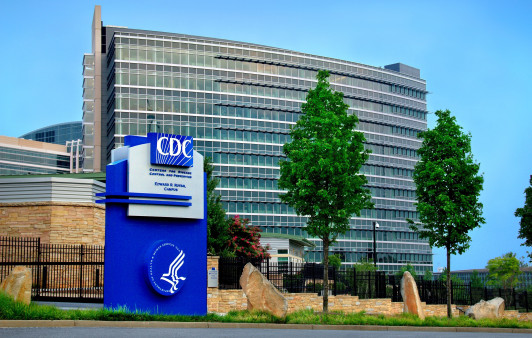 The CDC funding goes to 32 state and local health departments as part of a federal initiative.

Last month, the federal government awarded $109 million to 32 state and local health departments to fight HIV. The funding arrives from the Centers for Disease Control and Prevention (CDC) and bolsters the federal initiative “Ending the HIV Epidemic: A Plan for America,” which President Trump launched last year.

According to an announcement cross-posted on HIV.gov, the awards ranged from $1.9 million to $10.6 million and were dispersed depending on the severity of the HIV epidemic in the counties and states. You can read a list of all the recipients here.

#EndHIVEpidemic update: @CDCgov awarded $109 million to state and local health departments in areas most affected by HIV to accelerate progress to end the #HIV epidemic in the United States. Learn more: https://t.co/Ro49hBNy7q

“We identified 57 jurisdictions as part of President Trump’s initiative to end the HIV epidemic in America within 10 years, and these new grants will help these communities customize and implement strategies for achieving this goal in a way that meets their local needs,” Alex Azar, who oversees the CDC as secretary of the Department of Health and Human Services, said in the announcement. “While we battle COVID-19, the Trump administration remains dedicated to vital public health priorities, including ending the HIV epidemic within 10 years.”

“Ending the Epidemic” focuses federal efforts on the 50 local areas that together account for more than half of new HIV cases—specifically, this consists of 48 counties plus San Juan, Puerto Rico, and Washington, DC. In addition, seven rural states with high HIV burden have been highlighted to receive federal resources.

The initiative promotes efforts to diagnose, treat, prevent and respond to HIV. The new funding reaches all 57 areas.

The CDC announcement notes that in recent years, more than half of new HIV cases have been among African-Americans and Latinos and that new funding will address these disparities.

“We will not end the HIV epidemic without the voices and participation of the communities most severely affected by HIV,” said CDC director Robert R. Redfield, MD, in the announcement. “Scientific advancements are powerful, but we won’t end this epidemic unless we commit to addressing the health disparities clearly evident with the HIV epidemic. This funding will assist communities as they address the long-standing gaps in equitable access to advancements in HIV and bring us closer to the finish line.”

The availability of the funding was announced in January of this year, and the deadline to apply was May 1. The awardees were announced July 31.

To read more about the U.S. initiative and other similar strategies, see “Plans to End the HIV Epidemic at Home.” For related articles, read “White House’s Anti-LGBTQ Actions Threaten Its Plan to End HIV” and “Questioning the Benefits of Molecular Surveillance.”