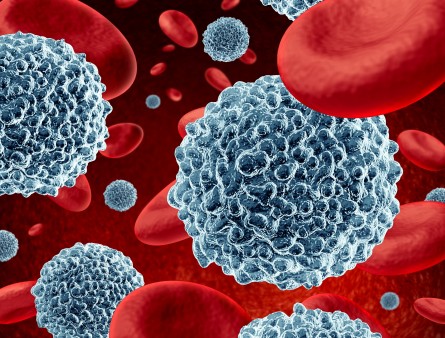 Researchers will genetically engineer participants’ CD4 cells, disabling the attachment of the virus.

An $11 million grant from the National Institutes of Health will fund a study that uses genetically edited CD4 cells to eradicate latent HIV reservoirs and also boost CD4 counts, according to a press release from Sangamo Therapeutics.

Sangamo, which specializes in genomic therapies, will supply the materials, equipment and manufacturing expertise for the study. The clinical trial’s principal investigator will be Rafick-Pierre Sekaly, PhD, of Case Western Reserve University in Cleveland.

Current antiretroviral meds can help people living with HIV reach an undetectable level of virus, but the drugs cannot cure HIV because the virus remains dormant in what are called latent HIV reservoirs; if treatment is stopped, the dormant virus becomes active and replicates. As such, it is believed that finding a way to eradicate the latent reservoirs and boosting CD4 counts could possibly lead to a cure.

The new study will involve 30 participants. Researchers will take the CD4 cells from the blood of 20 participants and use a gene editing technique called zinc finger nuclease to “knock out” the cells’ CCR5 gene, meaning that the CD4s won’t have CCR5 receptors. In most cases, HIV attaches to CD4 cells via these receptors, so eliminating them means the cells cannot be infected by the virus. (CD4s are a type of T cell, a white blood cell active in the body’s immune response; they get their name from the thymus gland, where they’re produced.)

Next, researchers will grow the new genetically engineered CD4 cells and infuse them back in the patients. (The other 10 participants will receive an infusion of unmodified cells.)

According to the press release, Sangamo’s earlier work with CCR5-edited CD4 cells showed that the process caused a sustained increase in CD4 counts and a significant reduction of the HIV reservoir.

“For patients with HIV, new treatments to permanently eradicate latent HIV reservoir and increase CD4+ T cell counts—potentially leading to a cure—are an important unmet need,” Sekaly said in the press release. He added that a large subset of people living with HIV and on treatment “fails to achieve sustained rebound in T-cell counts, leading to chronic elevations in inflammation with increased risks of cancer and other diseases.”

Matt Sharp, a long-term AIDS survivor and activist, participated in Sangamo’s first safety trial for its gene therapy. Writing on Facebook, he recounted his experience and championed this achievement in AIDS research. “A doubling of CD4 cells after 30 years was remarkable,” he wrote. “I began to ask everyone …if the people in the trial could have a second infusion. My fellow participants and I may never get a second infusion of SB-728 [as the CCR5-edited T cells are called]. Yet now after all these years AIDS treatment activists and cure researchers across the country worked together to finally convince the FDA [Food and Drug Administration], Sangamo and other scientists that this second trial should be done.”

To read a POZ Q&A with Sharp about The Reunion Project for long-term survivors, click here. You can also read an excerpt from his 2016 white paper “The Unintended Consequences of AIDS Survival” here.