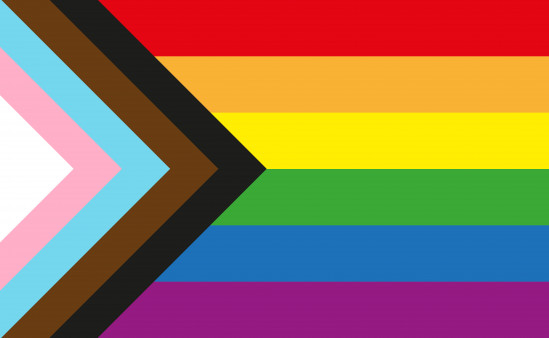 A version of the LGBTQ flag highlighting Black, brown and transgender populations Istock

Last month, the House of Representatives passed the Equality Act, a bill that would not only ban discrimination based on gender identity and sexual orientation but also expand the areas to which the ban applies.

The bill faces an uncertain future in the Senate, which is split 50-50 between Democrats, who generally back the measure to protect LGBTQ people from discrimination, and Republicans, who don’t. President Joe Biden campaigned on supporting the Equality Act and said he’d sign it. Meanwhile, the Senate Judiciary Committee scheduled a hearing on the Equality Act for March 17.

NEW: Our Help Desk Report released today shows that discrimination and harassment are an unfortunate reality for LGBTQ+ people across the country.

We need the #EqualityAct to ensure that LGBTQ+ people are fully protected.

Is the Equality Act needed? An NPR primer on the legislation explains that opponents say it isn’t necessary, in part, because the Supreme Court ruled last year that LGBTQ people in the workplace are protected against discrimination based on sexual orientation and gender identity. They also argue that the Equality Act does not protect religious liberty and that, for example, a business could be forced to provide services to same-sex couples.

Supporters of the Equality Act counter that a national law is needed because many states don’t protect LGBTQ citizens and that the recent Supreme Court ruling can be interpreted by future administrations to apply only to the workplace and not, for example, to housing, education and health care. (Needless to say, a large proportion of people living with HIV identify as LGBTQ, and both population groups face discrimination in many areas of life.)

To better assess the need for the Equality Act, LGBT and HIV advocacy group Lambda Legal released a report titled “The United States of Discrimination: Trends in Bias Against LGBTQ People and People Living with HIV, 2021.”

For the report, Lambda Legal analyzed the 4,468 requests for legal guidance the organization’s help desk received from across the nation in 2020.

“Anti-LGBTQ discrimination is ubiquitous, with nearly two thirds of LGBTQ Americans reporting they have experienced discrimination in their lifetimes,” said Kevin Jennings, CEO of Lambda Legal, in the group’s press release about the report. “This should be reason enough for Congress to finally close the many civil rights gaps that have left LGBTQ Americans vulnerable, unprotected and too often defenseless against transgressions in virtually every realm of public life. Our new analysis reinforces why the Equality Act is so crucial—because fairness and equality should be for everyone, with no gaping holes for LGBTQ people.”

“The United States of Discrimination” includes a section specifically on the reports of HIV discrimination received by the help desk.

The HIV-related reports were broken down into these categories:

“The sooner the Senate acts to pass the Equality Act, the sooner we will see a reduction in the systemic discrimination the Help Desk sees every day. I’m proud of the work Lambda Legal’s Help Desk has done in protecting LGBTQ people, but we need this legal updating for our ongoing, nationwide fight to ensure full equality for LGBTQ+ people, everyone living with HIV, and all Americans.”

In related news from January, see “How Biden’s Executive Order on LGBTQ Equality Helps HIV Efforts,” which details how the Trump administration sowed confusion and cruelty by ruling that antidiscrimination rules in health care didn’t cover gender-identity and sex stereotyping. And the POZ feature “Making the Case for Equality” profiles Lambda Legal and its efforts to fight for LGBTQ people and everyone living with HIV. To read about more cases, click #Lambda Legal.