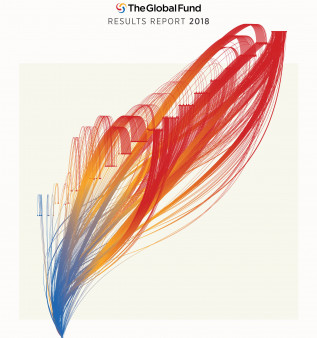 And efforts to fight AIDS, tuberculosis and malaria have saved 27 million lives since 2002.

Partnerships with The Global Fund to Fight AIDS, Tuberculosis and Malaria have saved 27 million lives since 2002, according to the fund’s Results Report 2018, which spells out progress and new threats.

Regarding HIV, the report notes that in 2017, in the countries where The Global Fund invests:

Launched in 2002, The Global Fund partners with governments, the private sector and civil society to prevent and treat HIV, tuberculosis and malaria and to combat drug resistance and emerging threats. It invests nearly $4 billion a year in programs in more than 100 countries. 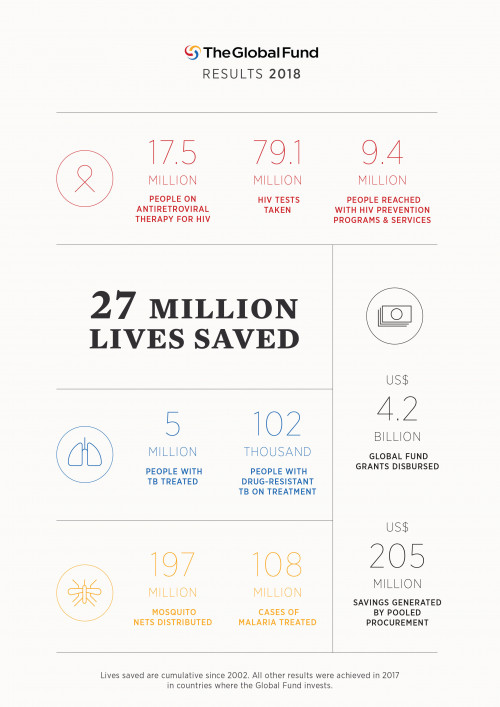 Assessing the state of the fight against HIV and its own response to the epidemic, the Global Fund report summarizes:

Improved access to lifesaving HIV treatment has achieved dramatic progress, with significant declines in deaths and infection rates. However, new HIV infections are rising among some key populations, and among adolescents in some countries. Entrenched systemic challenges such as human rights and gender-related barriers drive new infections and are obstacles to treatment. In some communities, young people identify other concerns that take priority over HIV, reducing the sense of urgency around prevention.

Programs supported by the Global Fund have put 17.5 million people on antiretroviral therapy, optimized HIV treatment regimens and helped tailor services to populations most in need. Allocations for prevention for key and vulnerable populations are up by nearly 30 percent for 2017–2019 over the previous funding period. We are investing in partnerships that bring together communities, schools, law enforcement agencies, the private sector, health care workers, public health planners and technical partners to implement comprehensive strategies. $105 million of $200 million in catalytic funding for HIV has been allocated for prevention, including matching funds to leverage even greater investment in programs for key populations and adolescent girls and young women.

“The numbers in this report show how far we have come. We have in our sights, but not yet firmly in our grasp, the prospect of freeing communities from the burden of HIV, TB and malaria,” said Peter Sands, executive director of The Global Fund, in a press release about the report. “Together, we can end these epidemics, but achieving this goal will require change—increased investment, accelerated innovation, even more effective partnerships and a relentless focus on impact.”

The report also notes that tuberculosis is now the leading cause of death from infectious disease. It accounts for about 1.7 million deaths annually, but more than 4 million people with tuberculosis are not counted each year.

You can download the report and a summary here.