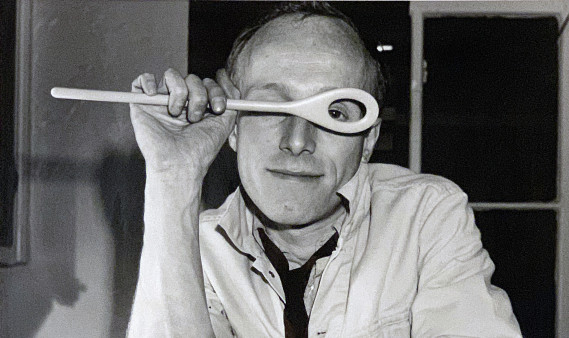 Tim Greathouse was also a gallerist and photographer who captured East Village scenesters, including David Wojnarowicz and Gracie Mansion.

As fate would have it, the AIDS epidemic struck New York City in the early 1980s just as a vibrant art scene was taking off in the East Village. We’ll never know the true toll of that loss. Some artists who died of AIDS-related illness are well-known today, such as Keith Haring and David Wojnarowicz. Others are only now being uncovered or rediscovered. One such example is Tim Greathouse, who not only created art but also ran his own gallery. He died in 1998 at age 48.

Starting this week, he’s is the focus of the solo exhibition Tim Greathouse at Daniel Cooney Fine Arts in Manhattan, which includes a panel discussion February 8 with Sur Rodney Sur, Gracie Mansion, Nina Seigenfeld Velazquez and Ann Messner. POZ emailed gallery owner and director Daniel Cooney to learn more about the work of Tim Greathouse and the East Village scene. 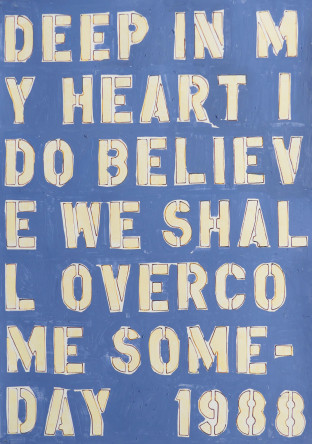 I’m embarrassed to admit I didn’t know anything about Tim Greathouse. In fact, when I googled him and kept seeing references to Gracie Mansion Gallery, I mistakenly thought it referenced the residence of the city’s mayor, called Gracie Mansion. I didn’t realize there was a different Gracie Mansion, who’s an influential gallery owner and art dealer! So I really need some background and context here. Why is Greathouse someone we should know about?

Tim Greathouse was a celebrated figure in the East Village art scene of the 1980s, as both an artist and gallerist. He studied art at West Liberty State College in West Virginia and maintained a studio at the Boston Center for the Arts before moving to New York in 1977.

Greathouse first showed his photographs of his friends on the Lower East Side in an exhibition titled Work Prints at Gracie Mansion Gallery, Loo Division in 1982. That exhibition, held in the tiny water closet of Mansion’s East Village apartment, garnered him a review in The Village Voice. The review was the very first bit of press for the storied Gracie Mansion Gallery.

He opened his own gallery dedicated to photography, Oggi Domani, in a storefront on East 11th Street in 1983. In 1984, he moved to a larger space on the north side of Tompkins Square Park, renamed the gallery Greathouse and showed sculpture in addition to photography. He then moved the gallery to the northeast corner of the park and continued to expand his oeuvre to painting and drawing.

Artists to whom he gave first or early shows include Kathe Burkhart, Ann Messner, Andrew Masullo, Zoe Leonard, Ken Schles, Jimmy DeSana, Paul Smith and Hope Sandrow. Greathouse closed his gallery in 1988 when the East Village boom ended and worked as an art consultant and graphic designer. He died on October 18, 1998, at the age of 48 from complications of AIDS.

Can you tell us more about that booming East Village scene?

The ’80s was an exciting time for art making and exhibiting in New York, and there was a very tightly knit community in the East Village specifically. Many of the galleries were artist run, and there was definitely a “do it yourself” mentality. The lines were blurred between who did what and who was what. Some other galleries at the time were Civilian Warfare run by Dean Savard, FUN Gallery run by Patti Astor and New Math Gallery run by Nina Seigenfeld Velazquez. Artists circulating in the East Village at the time and who are known today are Zoe Leonard, Tseng Kwong Chi, Peter Hujar, David Wojnarowicz, Jimmy DeSana and literally hundreds of others.

How did HIV factor into Greathouse’s work?

Many of his friends and colleagues died early in the crisis, and then there was his own diagnosis. So his work was clearly influenced by AIDS and the time in which he lived. Two pieces in the show that I am thinking of are a painting on paper that says “Deep In My Heart I Do Believe We Shall Overcome Someday” from 1988 and another dated 1998 with the word AIDS arranged in reference to the famous Robert Indiana LOVE sculpture.

What drew you to his work?

In some ways, I think of Greathouse as a mentor I never met. I am an artist turned gallerist who, like many people my age, lacks professional and personal mentorship. The AIDS epidemic stole so many creative people that would have become teachers and role models for the next generation. I wonder how people like Greathouse might have influenced my generation if they had lived.

Tell us about the work you’re including in this show.

The show is about 60% photographs and 40% unique works on paper, with one sculpture. The photographs are mostly portraits of his community, including Gracie Mansion, Sur Rodney Sur, Stephen Lack, Greer Lankton and Peter Hujar. The works on paper are graphic and incorporate grids and text. I think the works on paper are more psychologically internal than the photographs. Additionally, there are photographs of the piers where gay men gathered and cruised for sex and where his friends Keith Haring and David Wojnarowicz left their marks on the walls in spray paint.

The photographs are all friends and colleagues. His photo sessions were very collaborative and low pressure. He would basically encourage the sitter to do what they wanted. I think they were mostly having fun. The photographs in the show are selections from his personal archive, which has been carefully stored by a few friends. This is only his second exhibition, the first being in Gracie Mansion’s loo in 1982.

How do Greathouse and the related ’80s East Village art scene resonate in the art world today?

With the industrialization of the art world and the extreme gentrification of New York City, I think people are looking back to a time when community and friendship were central to survival. And the ’80s was fraught with indignities inflicted upon vulnerable communities by the government similar to what we are experiencing today, so I think there is a lot of identification happening.

Finally, is there anything else you’d like us to know about Greathouse?

In my extensive research on Tim Greathouse, talking to numerous friends and colleagues, everyone commented on Tim’s generosity. So while this exhibition looks at Tim Greathouse as an artist, he was much more than an artist or a gallery owner. For example, in an email exchange with Zoe Leonard, she says, “Tim Greathouse was incredibly supportive to me at a time when I was very young and just beginning to find my way and my voice as a young artist. He was a thoughtful and brilliant person, with a deep appreciation for photography, prescient in his approach at a time when photography was still largely perceived as separate from fine art; looking back, I think his gallery was well ahead of its time.” I have found that this is the general thought about Tim, as a collaborator, a supporter and a positive presence.