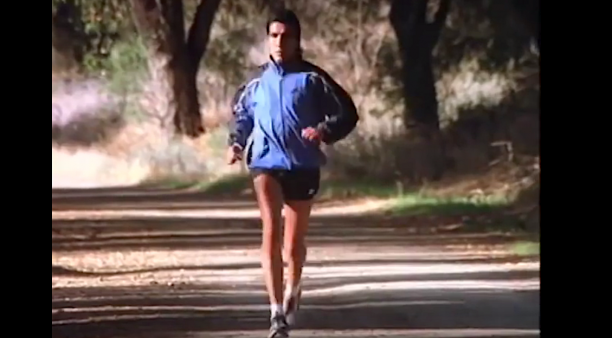 In 1995, a Nike Ad Highlighted an HIV-Positive Runner [VIDEO]

Ric Muñoz starred in the 30-second “Just Do It” commercial. 23 years later, he’s back in the spotlight.

Nike’s “Just Do It” campaign was pushing boundaries long before it featured Colin Kaepernick—as famous for his protests against racial injustice as for his football skills. In fact, in 1995, at the height of the AIDS epidemic and before effective treatments for HIV were available, Nike introduced the world to “HIV Positive,” a 30-second ad that featured Ric Muñoz, a real-life runner living with HIV.

Today, in light of the Kaepernick-Nike controversy, several media outlets have looked back on the footwear giant’s previous ad campaigns. As a result, Muñoz has found himself in the spotlight again.

WBUR-FM, Boston’s NPR news station, ran a profile on Muñoz, recounting not just his life and his memories of the ad but also the HIV stigma that was prevalent at the time and why the campaign was so revolutionary. (You can watch a video of “HIV Positive” at the top of this article.)

The ad itself—including shots of Muñoz running on trails in Malibu, intercut with five screens of text—is straightforward. The text reads:

But the ad made an impact. POZ founder Sean Strub told the radio station: “[The ad] sent a signal. First of all, a signal to people with HIV—which I think is the most important one—by showing someone with HIV who is out there and doing and accomplishing and leading a life while managing this illness. But it also sent a broader signal about recognizing the humanity and the survival and the full lives of people with HIV—not just defining us as a virus.”

“I didn’t look at it as a death sentence so much as a challenge,” he told WBUR. “It was, like, ‘Who’s gonna win? Me or the condition?’ I pretty much just said, ‘I’m just gonna do what makes me happy for as long as I can, as best I can. And when it comes time for me to go, then I’m gonna go.’”

In an interview with the New Current, Muñoz was asked about his reaction to seeing the commercial on TV for the first time. “I remember getting pretty choked up. I recalled all the friends I’d lost over the previous 13 years when AIDS deaths first surfaced in the U.S. From the day we filmed the ad, in late November 1994, to when it finally aired for the first time in early February 1995, I was fairly convinced Nike would change its mind, mostly because I’m a fatalist who assumes the worst and hopes for the best. I just thought it was such a radical idea and so radical that it might cause Nike to second-guess themselves.”

Ric Muñoz starred in the 30-second “Just Do It” commercial. 23 years later, he’s back in the spotlight. https://t.co/AktHy5MnbP #Nike @Nike #HIV #AIDS #stigma via @pozmagazine