Immunotherapy and an HIV vaccine are among the first round of grants from Fred Hutch’s Evergreen Fund.

The newly established Evergreen Fund is awarding a total of $1 million to eight projects focused on accelerating research in cancer and HIV, according to a press release from the Fred Hutchinson Cancer Research Center, which launched the fund.

“The Evergreen Fund is an innovative, bold initiative by the Hutch to promote commercialization of its latest research into lifesaving therapies for cancer and other diseases,” said Gary Gilliland, PhD, president and director of Fred Hutch. “We firmly believe it will lead to new ventures and partnerships that will significantly improve outcomes in the battle to defeat cancer and other diseases. It’s a new chapter in our ongoing commitment to creating enterprises that will be game-changers for global health.”

Among the grantees is Andrew McGuire, PhD, who “is working on a novel approach to elicit broadly neutralizing antibodies to trigger an immune response that will ultimately lead to development of an effective HIV-1 vaccine,” according to the press release.

Also related to HIV is the work of Hans-Peter Kiem, MD, PhD, whose research involves a method to purify and gene-modify stem cells for therapeutic use. The press release states: “Worldwide millions of people suffer from malignant, genetic or infectious blood diseases such as leukemia and HIV/AIDS. The Kiem lab has identified a stem cell population using preclinical small and large animal models to demonstrate this population of cells can quantitatively predict engraftment and repopulation of blood cells. The goal of the proposal is to translate this into clinical practice and overcome major barriers that limit the broad utilization of gene-modified hematopoietic stem cell transplants.”

Other grant recipients are studying the enhancement of T-cell immunotherapy and ways to measure components of the immune system. For a complete list, click here.

In related news, HIV has been officially listed as a cancer hazard to humans. 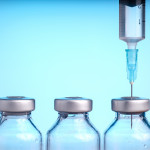