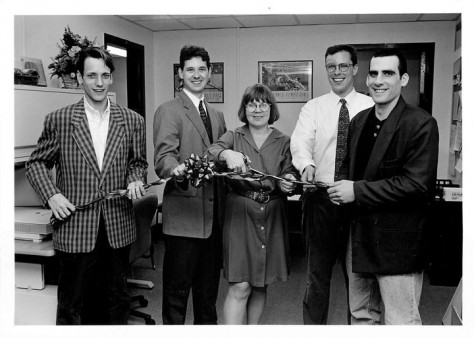 How can you thrive with HIV? Researchers at the Center for HIV Educational Studies & Training (CHEST) offer some insightful data.

We’ve witnessed historic changes the past 20 years—lifesaving HIV meds, PrEP, gay marriage, social media—but one factor has remained constant: the hard work of researchers at the Center for HIV Educational Studies & Training (CHEST). Part of Hunter College of the City University of New York, CHEST works with the LGBT community to understand ways to prevent HIV and improve the lives of people with the virus. The center has published about 300 papers, secured $55 million in grant funding and trained over 300 graduate students in internships. We spoke with CHEST’s director, Jeffrey T. Parsons, PhD, in honor of the group’s 20th anniversary. The interview has been edited for length and clarity, and a shorter version appears in the December 2016 print version of POZ.

Does a theme run through your two decades of research?

Whether you’re HIV positive or negative or unknown, our work has always focused on promoting healthy sexuality.

We’ve seen so many advances in HIV and LGBT issues. What main challenges face us today?

I don’t necessarily see a lot of things being different. Stigma of living with HIV and being LGBT is still a continuing driver of behavior and problems with health. We’re particularly seeing this among the trans population. [We still need] programs to reduce stigma and address mental health needs—which often are the last things to get addressed. It’s like, “Let’s get people on pills and undetectable, then great, we’re done.” No, we’re not. We’re not dealing with depression and anxiety and the very things that cause people to disengage from care and engage in risky behavior and not take meds. There’s still a need for that and, in 2016, a need to be able to talk about sex and sexuality.

Was it harder in the ’90s to get funding for research regarding LGBT sexuality and HIV?

Our first grant was on HIV-positive men who have sex with men [MSM]. It was one of the first studies in that group. I had started work in HIV in hemophilia years before that—of course, the people with hemophilia were the “innocent victims,” so federal funding was appropriated for their needs. That was in the early ’90s. We went through several years of the Bush administration of [using code words for the research we were doing], because even MSM became a lightning rod for additional congressional scrutiny and right wing attacks, so we talked about “vulnerable young men” instead of “young MSM” and certainly not “gay and bisexual.” Another vulnerable population was sex workers—you couldn’t say “sex workers.” Now people are much more comfortable being open with the specifics of the work we’re going to do. So we’ve come a long way.

So when you started, there must not have been much existing data?

There was nothing! Our first studies were to do qualitative interviews and short surveys with HIV-positive men we found in bathhouses and in parks—this was before the Internet—

I remember you guys handing out cards! You had a real presence on the scene.

Yes, and in some regards, we introduced that field-based recruitment method to New York City. We had our staff out there with little business cards. At bathhouses, people are wearing only towels, so there are no pockets, but people have packs of cigarettes, so we wanted cards small enough they could slide in the pack and take home.

Where do you get recruits today?

The internet. It really shifted. We still do field-based recruitments; our data suggest we get men that way whom we might miss on the internet. But the vast majority are from the internet.

Do you recruit from outside New York?

Now we do a lot of national online studies. One of our big studies is 1,000 gay men across the United States (except South Dakota). We do a lot of stuff. We mail them HIV test kits, STI [sexually transmitted infection] test kits. They’re doing rectal swabs at home and mailing them to the lab, and they’re doing surveys online. It’s a five-year study—we’re in our third year—and we hope to follow up even longer. 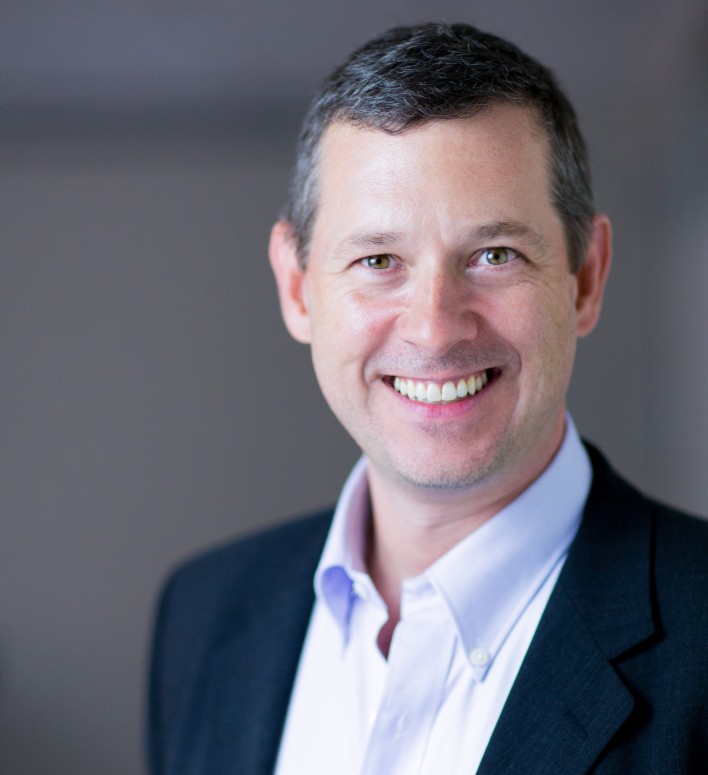 What were your goals when you first started CHEST?

I really did have a longer-term perspective. I thought that the goal is to do the formative research necessary to understand what was going on and then develop the programs needed to help people. Another goal—one we were able to fulfill a lot—is educating the next generation that is going to be doing this work: psychologists, social workers, whatever, we’re a multidiscipline area. The T in CHEST [the T stands for “Training”] has been an important piece to me.

Which of CHEST’s many HIV studies stands out to you?

We developed the first behavioral intervention that improved viral load and CD4 count in HIV-positive men and women who drink alcohol. It’s dually focused on substance abuse and adherence. The study, Project Plus, was incredibly successful in our controlled environment. Now, we are doing an effectiveness trial, so it’s tested by actual providers with actual patients.

What CHEST findings have been the most important?

We were the first group to look at male sex workers on the internet, and by the internet, I mean AOL chat rooms [in the 1990s]. There was this assumption that if you were a male sex worker, you were street-based, drug using and homeless and that you would do anything for a buck. And we found a population in college and graduate school who were psychologically well adjusted and who just got paid for sex. So we led the way in recognizing that sex work isn’t necessarily always this bad thing. We took a sex-positive approach to studying sex work. For a lot of sex workers, they’re quite happy.

We also did a lot of work around sexual compulsivity, which is a controversial area. We don’t call it sex addiction, because I don’t think the addiction models hold but the compulsivity ones do—it’s more akin to compulsive shopping and gambling, those kinds of behaviors. But we did one of the first studies of gay men who self-identified as their sex lives being out of control, and we went on to do a lot of studies. For the most recent one, the Pillow Talk study—which is done and we’re analyzing data from it—we enrolled men who had at least nine sexual partners in the last 90 days. We found out that some of them met the criteria for sexual compulsivity. But some of them were just having a lot of sex, and there were these huge real differences in the two.

What are the differences?

So some people simply have different levels of healthy libido?

Yes! And it led us to conclude that there are people who are really experiencing problems and who need and want help to get their sexual behavior under control. And there are other people who are having the same quantity of sex but qualitatively are very different—they’re doing fine; they don’t need help. They’re just enjoying sex—and that’s OK! 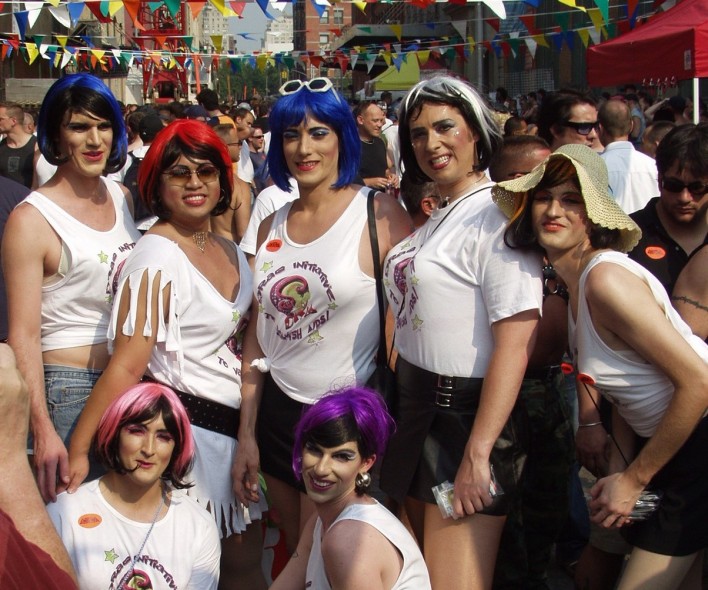 Which big finding relates to the HIV population specifically?

What does make people with HIV more resilient?

Social support. And it’s not quantity that’s important—it’s quality. Then there’s this psychological concept referred to as “stress-related growth.” You know people who say, “Ever since I was diagnosed, it made me a stronger person”? That perception does play a role, that “This is something I’m living with, but it’s going to kill me” vs. “This is something I’m dealing with and still thriving.”

On the CHEST website, I see you’re now doing a lot of PrEP studies.

We’re definitely focused on PrEP. One study is looking at the relationship between substance use and adherence to PrEP. And in the longitudinal study of 1,000 men, we’re monitoring the uptake of PrEP, and we’re seeing the number of men going on PrEP increasing—and also the number of men going on and off PrEP. I think a lot of people are focused on, “Oh, we need to get a lot of people on PrEP and make sure they’re adherent.” That’s one sliver of the pie. We need to see how men decide to cycle on and off PrEP and how they even hear about it.

Our key is really trying to tap into the populations that are most in need, so right now young men of color particularly don’t understand PrEP, don’t necessarily have access or know where to get it, and the idea of bringing it up to a physician—if they’re even engaged in medical care—is threatening and concerning. So we need to back up and think, How do we even get them in a venue where they could get a prescription? We’re trying to understand what leads people to even consider and move toward PrEP uptake. And we’ll certainly study people on it and what happens long term. Our goal is to develop a package of interventions that address everybody along the PrEP cascade, if you will, from “I’m not even thinking about it” to “I’m thinking about it but where to get it” to [“how do I adhere to it, and when do I stop taking it”].

This is a situation we can benefit from years of research on adherence [to HIV treatment] and engagement in care. We’re dealing with the same thing but for HIV-negative folks—and we’ve seen how people with HIV can disengage from care.

What else is in store for CHEST?

What’s exciting is, we are moving more into implementation science. We’re taking these interventions—we’re a controlled research center; we’re not providing services except to research—into clinics. We just got funding to test the Young Men’s Health Project [YMHP, an intervention around substance use and risky sex in MSM] at BOOM!Health and Harlem United [AIDS service organizations in the Bronx and Harlem, New York]. So we are going to implement it in a community setting—and we don’t just study the participants; we study the staff and the system and the cost-effectiveness of it.

It sounds like it takes over a decade of research before you implement something. Is that typical?

Sadly, this is the general pace. Our approach to this work tends to be: First, let’s understand what the problem is, then let’s develop something we think can fix it. Let’s pilot test it and see if it might have legs, then test it in a very controlled environment. That whole process can take 10 years. Then, let’s move it to the community, which takes another chunk of time.

But what ends up happening is that we are not scaling things up until we are really sure that there’s a good chance it’ll work. The last thing we want to do is supplant something that is working with something we think will work.

Finally, what are the topics of your future research?

Our new grants are focused on youth—as young as 12—and I think [we need to understand] issues of the aging LGBT population and long-term survivors. It’ll be interesting to see what’s going on.