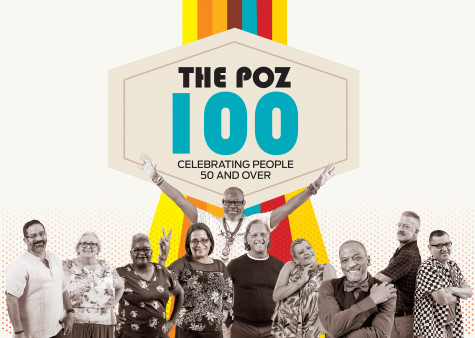 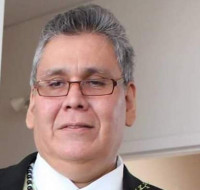 Since his 2006 HIV diagnosis, Kenneth has worked to end HIV/AIDS in Native communities across the Pacific Northwest, including the Lummi Nation and the Nooksack, Upper Skagit, Swinomish, Tulalip and Muckleshoot tribes. He has been instrumental in developing a number of HIV prevention and education projects in his community, bringing rapid HIV testing, hepatitis C prevention initiatives and new pre- and post-test counseling protocols to several tribal clinics across Washington. Colleagues say he has personally performed over 1,000 HIV tests on the front lines of the epidemic and pushes every day for increased screening and prevention through grants, brochure writing and on-the-ground advocacy. 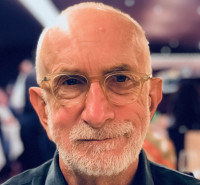 A well-known figure in the Canadian HIV community, Bob has volunteered for over 25 years helping those living with HIV. Diagnosed in 1993, he has served on the boards of the Canadian AIDS Society and the Ontario HIV Treatment Network and as chair of PARN, his local AIDS service organization (ASO). He has also used the written word in his advocacy. He is a former editor, publisher and writer for PositiveLite.com and is currently a blogger for POZ.com. A member of the Ontario AIDS Network’s Honour Roll and a recipient of the Queen Elizabeth II Diamond Jubilee Medal, Bob is now the Canadian lead on the U=U effort. 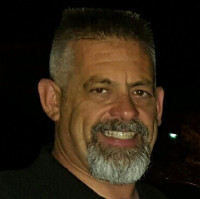 Diagnosed with HIV in 1987, Kevin has been a longtime champion for HIV testing and acceptance for all those living with the virus. In 2012, he and his partner founded All Under One Roof, an LGBT center for bullied youth. He has organized numerous community events and regularly appears on television to discuss HIV-related topics. After attending the HIV is Not a Crime conference last year, he became one of the key forces behind IdahoHIVModernization.com, a grassroots coalition aiming to overturn the state’s harsh and outdated HIV criminalization laws, which include charges for having sex without disclosing one’s HIV status even if no transmission occurs. 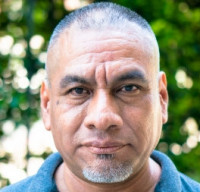 Abad immigrated to the United States from Mexico in 1997 and was diagnosed with HIV a year later. Since then, he has worked diligently to learn English, become documented, adapt to a new culture and find acceptance as an openly gay man. He is currently involved in clinical trials to eradicate HIV/AIDS and stays up to date on HIV research developments. Abad is a community adviser board member for the UCLA Care Center and for UCLA’s Center for HIV Identification, Prevention and Treatment Services, which promotes collaborative research, fosters networking and supports capacity building among HIV researchers and communities in efforts to eliminate new HIV infections and health disparities among key populations. 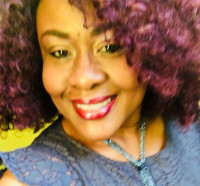 Michelle is a survivor of domestic violence, homelessness and HIV. Since first hearing the phrase “You are HIV positive” in the early ’90s, she has spent decades working within her community to help others navigate the challenges she has faced. She has worked with organizations like the Community Healthcare Network of New York, the New York Department of Health, the Bronx Community Pride Center and the CDC. Michelle is currently a consultant with ACRIA, and she’s the vice president of Caribbean AmericanPride, which provides prevention and linkage to care to the LGBT community in the Caribbean. She shares her story through The Long View Coalition and Gilead Sciences’ Never Alone video series, in which she discusses how important community can be to living, thriving and aging with HIV. 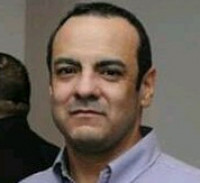 Diagnosed with HIV in 2004, Randal was recently elected to the board of directors of the National Native American AIDS Prevention Center and serves as the chair of Southwest CARE’s client advisory board. He was also named one of NMAC’s 2018 HIV 50+ Strong and Healthy Scholars, an initiative meant to build leadership among people over 50 living with HIV. He has been on the board of many HIV organizations, including the National Association of People With AIDS, where he worked for more than 12 years advocating for individuals and communities affected by HIV. He is founder of the New Mexico Aging and Long-Term Services HIV Advocacy & Outreach Program and is state consumer representative to the New Mexico Department of Health HIV Services Clinical Quality Management Committee. “What I am most passionate about,” he says, “is dispelling the myths that surround HIV/AIDS so that those who are directly and indirectly affected are not the recipients of unfair treatment.” 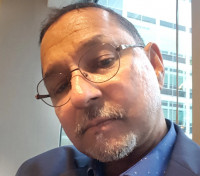 Carlos’s advocacy career stretches back to 1972 in Puerto Rico, when he cofounded Comunidad de Orgullo Gay, widely recognized as the island’s first LGBT organization. Soon after, he moved to New York City, one of the epicenters of America’s early AIDS crisis, where he joined ACT UP and spent years promoting access to HIV medication in Latin America and the Caribbean. Today, he directs the program Puente Para la Salud (Bridge to Health) at New York City’s Latino Commission on AIDS, a capacity-building program for Latino gay and bi men and trans Latina women over 40. His current work focuses on educating older adults living with and at-risk for HIV as well as on long-term survivors. 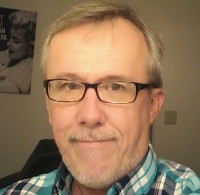 Enjoying a healthy life while HIV positive can be difficult when you’re also dealing with alcohol and drug use. When Steven, a recovering alcoholic, got sober seven years ago (he’s been living with HIV for the past 30 years), his viral load became undetectable and has remained so ever since. Knowing that the HIV community sees high rates of substance and alcohol use disorders, Steven started a support group for men living with HIV and a history of substance use. No stranger to speaking out, he’s the cochair of the San Antonio Area HIV Health Services Planning Council. He served as the cochair of the Bexar County HIV/Syphilis Testing Task Force and is involved with the End Stigma, End HIV Alliance in San Antonio. Steven often participates in panel discussions and was named an NMAC 2018 HIV 50+ Strong and Healthy Scholar. 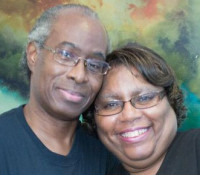 Eunice and her husband, Kalvin, were married in 1984. In 2007, they were both diagnosed with HIV, and after becoming involved in various support groups, their advocacy journey began. Eunice helped to organize and was a facilitator for Women with a Purpose, an HIV support group for women, and joined PWN-USA and PWN-USA Greater Houston as the secretary and treasurer. In 2012, alongside Kalvin, she started a group for heterosexual couples living with HIV. Among many other acts of advocacy, the Marshalls have organized for National Black HIV/AIDS Awareness Day and were in the inaugural class of the Positive Organizing Project. On each World AIDS Day, Eunice participates in the reading of the names of individuals who lost their battles with HIV.

Kalvin and his wife, Eunice, were both diagnosed with HIV in 2007. At age 50, they dealt with self-stigma and isolation for a year before they vowed to reach out to others living with HIV and struggling with their diagnoses. Alongside his wife, Kalvin became a peer support group facilitator for the Bering Spiritual Support Group in Texas. He served as an external member on the Ryan White Planning Council on the Affected Community Committee for three years, helped to start Positive 713 and joined Living Without Limits Living Large, an organization for heterosexuals living with the virus. Today, you can find them at an awareness table at Legacy Community Health in Houston, where they lend a face and voice to the virus and hand out educational literature and condoms. Cheers to this dynamic duo! 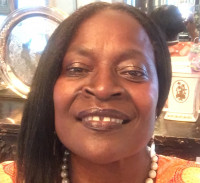 A self-taught prizewinning sculptor and painter, poet and songwriter, Joyce is first and foremost a survivor. She has overcome sexual molestation, drug addiction, intimate partner abuse and a 1999 AIDS diagnosis to become—through example and through her ministry—an educator and a warrior against HIV stigma. An artist member of Visual AIDS since 1996, she was ordained and licensed to preach the Gospel in 2009. In 2011, she became a member of the New York State Chaplain Task Force, which facilitates ministering throughout the state. She started an initiative called “Keep Your Pearls Girls,” which teaches basic HIV prevention to girls ages 5 to 12 at the Church of the Open Door and at a public school, both in Brooklyn. Joyce has 11 grandchildren and two great-grandchildren and likes to rap with them. She speaks publicly about her experiences often in order to inspire others, declaring, “HIV/AIDS is not the end; having no hope is.” 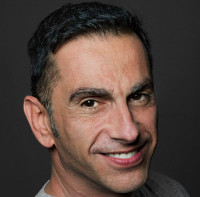 Diagnosed with HIV in 1989, model and performer Enrique is currently participating in a New York University Drama Therapy Department project tentatively titled Living with…, which explores living with HIV today. He was named HIV Hero of the Month in January by HIVHero.org. Enrique is featured in the 2017 documentary short Hep C Free, in which he talks about his journey with both HIV and hepatitis C. His short film AboutFace was featured at the 2007 New York AIDS Film Festival. He is also a talent scout and casting director for Proof Positive, an agency that represents HIV-positive models. His image will soon appear in artist Frank Yamrus’s exhibit The Long Term Survivor Project. 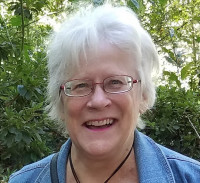 This year is Susan’s 25th anniversary of thriving with HIV. She is a teacher, an advocate, a poet, a writer and an activist who has spent the last two decades speaking out to show people there is no shame in having HIV. Diagnosed in 1993, Susan was selected two years later by the mayor of Philadelphia to serve on the city’s HIV commission. Since then, she has attended and spoken at many of the world’s top HIV/AIDS conferences, including those sponsored by the CDC, the Sero Project, SisterLove, PWN-USA and the International AIDS Society. In May 2018, she graduated from the Lancaster Theological Seminary and plans to use her degree to help eradicate HIV stigma in the religious community. It’s no wonder that she received an award two years in a row for being the student whose social justice work most represents the connection between church and society. 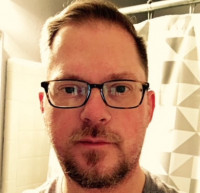 Aaron has been employed with Nashville CARES since 1997. He began working part-time in the alcohol and drug day program and then worked as an intern for one year while going to school for his master’s degree in social work. He’s currently the associate director of medical case management and eligibility services and oversees a staff that ensures access to Ryan White services and provides adherence counseling to their clients. In addition, Aaron is on Nashville CARES’ leadership team and is a mentor to the 30 percent of the staff who are living with HIV. He recently turned 50 and just marked the 25th anniversary of his HIV diagnosis. “Living with HIV past 50 wasn’t something my younger self could have ever pictured,” Aaron says, “but now that it’s here, I am looking ahead.”