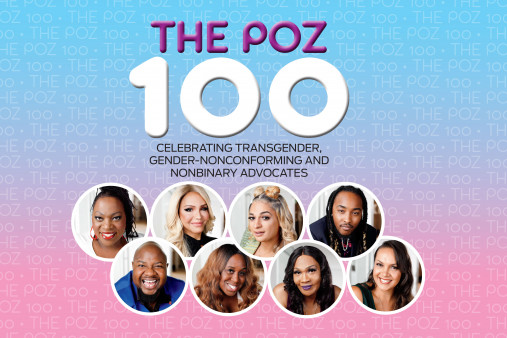 The 10th annual POZ 100 celebrates TGNCNB advocates who are making a difference in the fight against the HIV/AIDS.

This year’s POZ 100 celebrates advocates who are transgender, gender-nonconforming and nonbinary, or TGNCNB, as the community is often known. This population has seen some of the highest HIV rates in the country.

According to the Centers for Disease Control and Prevention (CDC), about 14% of all transgender women, and about 44% of Black trans women, have HIV. The CDC does not give an estimate for trans men. In 2017, trans people tested positive for HIV at three times the national average.

Thankfully, this year’s POZ 100 honorees are working in their communities to raise awareness about HIV and advocate for those living with and at risk for the virus.

The 10th annual POZ 100 arrives as the FX series Pose and its cast receive both accolades and eyeballs, bringing transgender storylines, often including HIV, into countless homes across the globe. Then there’s Jonathan Van Ness, the nonbinary Queer Eye star who put HIV back in headlines and Twitter feeds when he recently disclosed his status.

This was also the year the Trump administration launched efforts to allow discrimination against trans people in the military and under the Affordable Care Act, and it was the year in which 18 trans women were murdered (as of press time). On a brighter note, 2019 marked the first National Trans Visibility March on DC (Click here to read more and view photos from the event in the slideshow gallery below), proving that the TGNCNB community is resilient and ready to fight.

As always, the POZ 100 list is not meant to be definitive. That would be impossible. But it is representative. Some honorees are living with HIV; others are not. Some are trained professionals; others are grassroots activists. But they all share a dedication to ending this epidemic—and they all inspire us along the way. 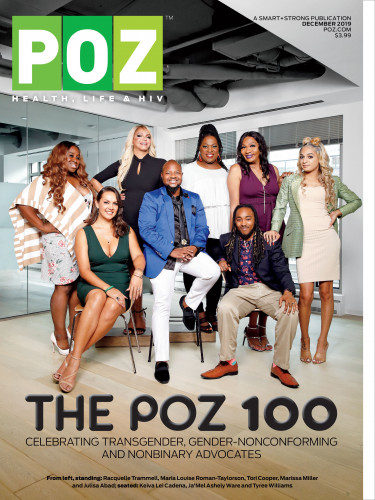 Participants assemble for the marchDaniel Swartz