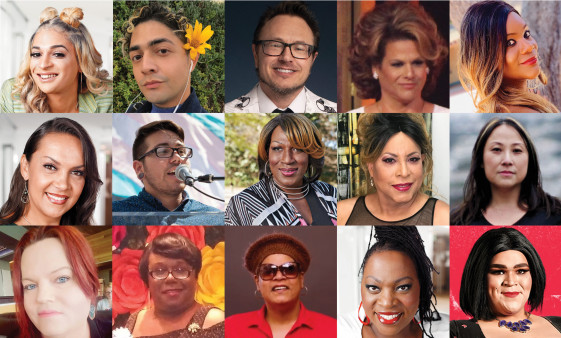 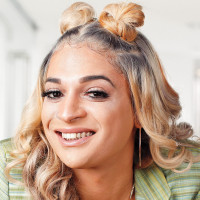 Julisa is the director of transgender outreach and advocacy at Fair Michigan, which advocates for LGBTQ crime victims and works with local prosecutors. A former sex worker, she leads a workshop on trauma, recovery and empowerment for fellow trans women of color. She works to provide emergency housing and health care for the LGBTQ community and helps members of the trans community obtain correct gender markers on official documents. Anytime her community cries for help, Julisa is there to provide love and support. 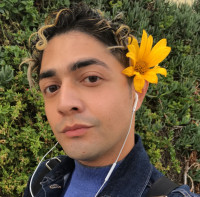 Giuliani regularly uses journalism to advocate for the rights of people living with HIV/AIDS. Diagnosed in 2015, Giuliani—who identifies as gender-fluid and uses gender-neutral pronouns—is passionate about raising awareness of the bureaucratic hoops that members of the HIV community often have to jump through just to access care. Giuliani is a contributor to TheBody.com, and in 2019, they received a Marguerite Casey Foundation scholarship to report and write a story on the chronically ill Latinx women of Los Angeles. Giuliani was featured on the April/May 2018 cover of POZ and has also appeared on CNN en Español and in the Centers for Disease Control and Prevention’s (CDC) “Start Talking. Stop HIV” campaign. 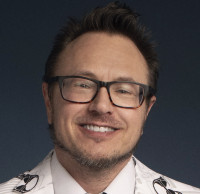 Storytelling remains one of the most powerful tools for advocacy and education, especially when that story is written by someone like Jacob. His work has spanned many formats and genres—including talk radio, freelance reporting, literary fiction (Swimming Upstream) and serialized graphic novels. Jacob, a disabled, queer trans man, is the deputy editor of The Advocate and Plus magazines (for the LGBT and HIV communities, respectively). He and his wife, Diane Anderson-Minshall, run Retrograde Communications, and in 2015, they coauthored an award-winning memoir, Queerly Beloved: A Love Story Across Genders, that recounts their journey from a lesbian couple to husband and wife after Jacob’s transition in 2005. He’s the recipient of several journalism fellowships, including a Marguerite Casey Foundation–funded grant for an investigative series on the intersections of race, poverty, gender, criminalization and HIV. 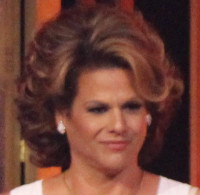 Alexandra made history as the first transgender woman to play a transgender character on television with her role in the 2005 TV movie Romy and Michele: In the Beginning. Since then, she has appeared on ER, Grey’s Anatomy, How to Get Away with Murder and Transparent. Alexandra was diagnosed with HIV in 1985 and speaks frequently about her experiences living with the virus. She credits her survival to her wife, Chrisanne, and the friends she made in the Test Positive Aware Network support group. In 2016, Alexandra was honored with a Human Rights Campaign Visibility Award for her continued efforts to raise awareness of HIV/AIDS. 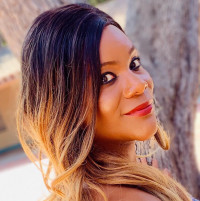 Described as a “staple in the transgender community,” Blossom is a pre-exposure prophylaxis (PrEP) retention navigator at the Los Angeles LGBT Center. She works to keep individuals on the once-a-day HIV prevention pill and educates folks about the virus. She’s a longtime supporter of the Human Rights Campaign and appeared in its “Americans for the Equality Act” and “All God’s Children” campaigns. Blossom was also part of the Greater Than AIDS “Empowered” initiative, which highlighted the power of all women. A documentary about her journey, One Life to Blossom, is in the works. Those who know her agree she deserves to be recognized for her passion and work. 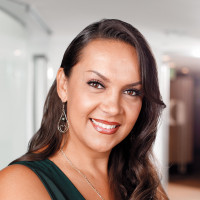 A native Hawaiian and proud mom and grandmother, Keiva Lei is the community engagement coordinator at the Hawai’i Health & Harm Reduction Center, where she specializes in HIV testing and counseling and linkage to care for newly diagnosed individuals. Diagnosed with HIV in 2004, Keiva Lei also organizes the People Living with HIV (PLHIV) leadership network POP Ohana (People Organizing Positively; ’ohana means family), the purpose of which is to cultivate leadership and advocacy among other HIV-positive people. Since its formation, POP Ohana has helped appoint several members to the community planning group of the Hawaii Department of Health’s Harm Reduction Services Branch and recruited many volunteers to serve local AIDS service organizations. A graduate of NMAC’s Building Leaders of Color program, Keiva Lei is a member of Positive Women’s Network–USA (PWN-USA) and sits on the national advisory board of Positively Trans. Fun fact: She is also an award-winning hula dancer! 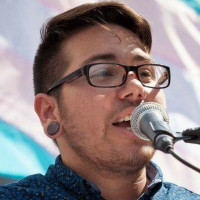 The passage in 2016 of North Carolina House Bill 2, also known as “the bathroom bill,” required transgender people to use public bathrooms that matched their assigned sex at birth; it also outlawed antidiscrimination policies that protect LGBT people. Joaquín soon became the lead plaintiff in the fight to overturn the law and the so-called compromise bill HB 142 that followed the original legislation. He’s currently the director of community organizing at Latinos in the South, a program of the Latino Commission on AIDS. He serves as a board member of Equality NC and the Southern AIDS Coalition and is on the LGBTQ community advisory board of El Centro Hispano in Durham. Joaquín started working in the HIV field as a volunteer at an AIDS hospice and is passionate about improving health outcomes for his community. 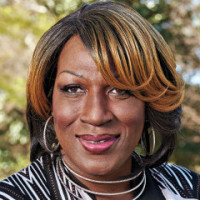 In 2001, Dee Dee founded LaGender, Inc., to address the unique needs of the transgender community surrounding issues such as HIV/AIDS, homelessness, incarceration, mental health, wellness, discrimination and hate crime violence. Dee Dee is a member of the Black- and trans-led coalition Solutions Not Punishment, which works to end the passive genocide, incarceration and criminalization of Black trans women, trans/queer people and the Black community. In 2011, President Obama selected Dee Dee as a Champion of Change to commemorate the AIDS epidemic’s 30th anniversary. She was also the first trans woman to be inducted into SisterLove’s 2020 Leading Women’s Society. And this year, she received the Positive Leadership Award at AIDSWatch 2019. 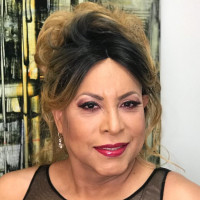 After losing so many close friends to AIDS, Elia took action in 1994 and created Fundación Latinoamericana de Acción Social (FLAS). She’s currently the executive director of the organization. FLAS provides HIV education, counseling, testing and treatment referrals to Latinos affected by the virus. Elia is a former member of the Houston HIV Prevention Community Planning Group and former chair of the city’s Latino HIV Task Force. She has forged a reputation as a determined health and wellness advocate who works tirelessly to educate people about preventable diseases, behavioral health and mental illness. 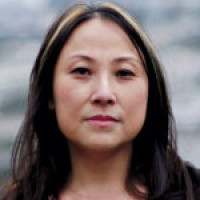 In 2001, Cecilia became the first transgender woman and first Asian-American to be elected president of the board of directors of the San Francisco LGBT Pride Celebration. Today, she is an internationally recognized civil rights leader who advocates for HIV awareness and care, LGBT equality and social justice. She has worked with the San Francisco Human Rights Commission, the U.S. PLHIV Caucus, the Global Network of People Living with HIV, the Presidential Advisory Council on HIV/AIDS, The Sero Project and AIDS United. Currently, Cecilia serves as the Transgender Law Center’s senior director of strategic initiatives and evaluation. She’s also a health commissioner in San Francisco. In 2015, she launched Positively Trans, a national network of transgender people living with HIV that focuses on storytelling, policy advocacy and leadership development. Her life story was one of many dramatized in the ABC miniseries When We Rise, which examined advances in LGBT rights from the 1970s onward. 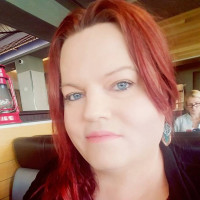 Thomi began working on human rights issues in 1988 and has advocated for LGBT equality ever since. She’s currently the CEO of the Transgender Community Coalition (TCC), which advocates for open access to health care, housing and employment for transgender, intersex and gender-nonconforming people in the Inland Empire. She’s also the CEO of TCC’s sister organization, the Transgender Health and Wellness Center, which opened in 2018 and offers medical treatment for gender dysphoria as well as mental health services. Thomi has collaborated with the National Center for Lesbian Rights, Transforming California, Equality California, Riverside County Public Health, TruEvolution, Desert AIDS Project and the Transgender Law Center. Thomi focuses her vast experience and skills on policy reform on behalf of the trans community. She has received certificates of recognition for her work from the cities of Palm Springs, Indio and Cathedral City as well as from the United Nations. 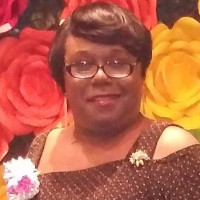 Jamie Collins was an advocate for trans women living with HIV well before her own positive diagnosis in 2012. In 1992, while living in Shreveport, Louisiana, her best friend, also a trans woman, became sick and sought treatment for HIV at the local hospital, but the experience was neither welcoming nor affirming. It was then that Jamie started championing for reform in the delivery of health care services for trans people living with HIV. By the time she joined the Dallas/Fort Worth chapter of PWN-USA as the trans coordinator earlier this year, Jamie was already sitting on several community advisory boards, including the Ryan White Planning Council. She is currently the policy representative for the PWN Texas chapter. She educates people about HIV wherever they are—be it church, a town hall meeting or a drug rehab center. 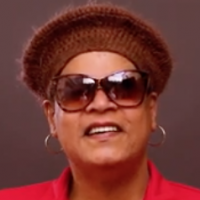 “I’m like a lighthouse,” Billie told Out magazine. “I’m that beacon to help guide people to safety.” A long-term HIV survivor, she knows about navigating treacherous waters, including addiction, sex work, homelessness and cancer. In 2013, she founded TransLife, a support program of the San Francisco AIDS Foundation. She’s also active in the Shanti Project’s Honoring Our Experience, which hosts events for long-term survivors. Her newest project is ensuring that the upcoming International AIDS Conference (AIDS 2020), to be held in San Francisco and Oakland, includes trans people of color. No wonder the city honored the 61-year-old legend by naming her a grand marshal for its 2019 Pride Parade. 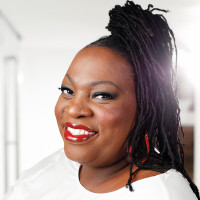 Tori has worked as a prevention specialist, health educator and trans health coordinator and cocreated a leadership and advocacy course for trans folks to increase their HIV knowledge and improve their health outcomes. Last year, Tori, who provides capacity building to agencies across the country, was named to the NBC Out #Pride30. She sits on the Atlanta Mayor’s LGBTQ Advisory Board as well as on the boards of Positively Trans, SisterLove, Project Affirm and PozVets USA. As the founder of and a health and equity consultant for Advocates for Better Care, she provides educational trainings throughout the United States. She’s also a subject matter expert and content creator for TWIST, the only CDC intervention for transgender women living with HIV. 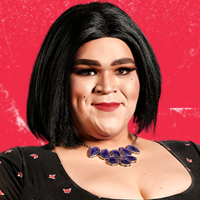 Alex is an ambassador for the Wisconsin HIV Project’s Statewide Action Planning Group, a PrEP advocate and a content creator for LetsPrEPWI. She’s also a spokesperson for the Milwaukee ad campaign “HIV in Real Life.” As the transgender resource coordinator for the Milwaukee LGBT Community Center, she runs a support group and hosts events for local transgender and gender-nonconforming people and their families. In 2016, Alex was featured in the AIDS Foundation of Chicago campaign “Salud y Orgullo Mexicano” (“Mexican Health and Pride”), which focused on raising awareness of HIV treatment and prevention methods among the Mexican LGBTQ+ community. As an advocate, Alex speaks out about intersectional disparities in HIV care and prevention and helps further the conversation around the normalization and destigmatization of people living with HIV.