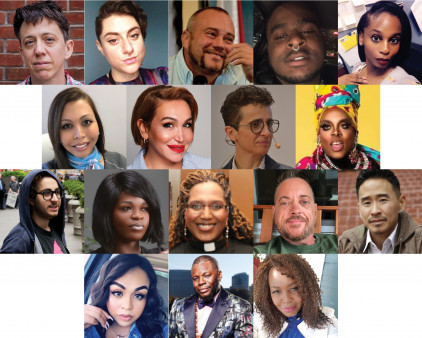 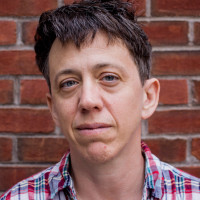 An HIV activist stalwart since joining ACT UP Philadelphia in the ’90s, JD has been a community organizer at Health GAP and director of strategic communications and senior editor at TheBody.com. He cofounded Project TEACH at Philadelphia FIGHT and founded Community HIV/AIDS Mobilization Project. He was instrumental in lowering HIV drug prices worldwide, forging a U.S. national HIV strategy and developing an online portal for trans health, including HIV prevention and treatment, and helped found a national network of trans trainers and strategists. He currently runs JD Strategies: Liberating Possibilities for Power and Justice and lives in Brooklyn with his partner, two children, two cats and a Creamsicle-colored corn snake. 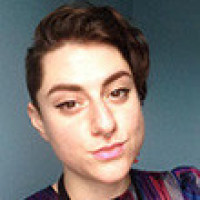 Dietz sits on the Louisiana Ending the HIV Epidemic Steering Committee as well as the Access to Care Subcommittee. They have played a role in many initiatives focusing on health care for people living with HIV, prison reform and social justice. Until recently, they were the cochair of the Transgender Advisory Committee for Crescent Care Health in New Orleans and chair of the New Orleans Regional AIDS Planning Council. This year, they received the Equity Award from Louisiana Integrated Preventions and Services for their work. 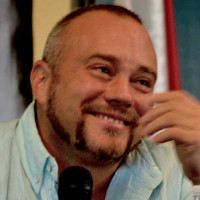 Teo’s involvement in HIV activism began before his own diagnosis. But his visibility as a “blue-collar, queer-identified trans man living with AIDS” allows him to better advocate for and build community with other trans people living with and at risk for HIV. He’s the cofounder of Transforming Hearts Collective, which supports space for LGBTQ people to access healing and spirituality. Teo serves on the national advisory board of Positively Trans and the board of Phallacies, a theater project that aims to help men in college dismantle patriarchy and counter gender-based violence. 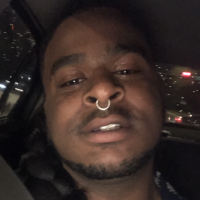 Terry is part of a new generation of HIV activists, those who came of age in the era of effective antiretroviral treatment but must contend with the stark racial disparities regarding access to such medications. As the sexual and reproductive health outreach coordinator for Chicago’s Howard Brown Health, which specializes in LGBTQ and trans and gender-nonconforming health care, Terry does his part to remedy such inequities by educating marginalized Black and brown LGBTQ youth about HIV risk, testing and treatment. Additionally, Terry has contributed to research exploring the determinants of health inequities among LGBTQ youth in Chicago’s gay neighborhood, Boystown—specifically, housing instability, racism and aging out of youth programming before achieving financial independence. 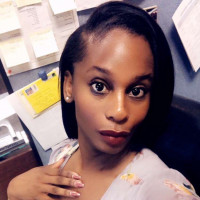 Kiala is passionate about helping others build healthier and happier lives, so it’s fitting that she’s a trans services navigator at Metro Inclusive Health, where she helps trans folks in Florida’s Hillborough and Pinellas counties connect to health care and supportive services, regardless of their HIV status. An inspiring advocate, she’s also skilled at conducting HIV and hepatitis C tests, facilitating support groups, organizing community outreach and speaking at public events. Kiala leads by example to raise awareness of trans women of color and is an asset to the entire Tampa Bay area community. 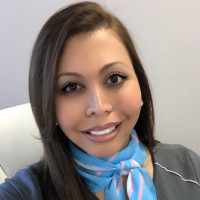 A project manager at Orlando’s Bliss Healthcare Services, which provides testing and treatment for HIV, hepatitis and sexually transmitted infections (STIs), Ashley co-facilitates the TRANSformation Program, a six-week educational course that focuses on empowering transgender individuals and helps community members complete their legal name and gender marker changes and access health care. She also works to improve the relationship between law enforcement and the trans community. Last year, she spoke out in the local media after police misgendered Sasha Garden, a slain transgender woman. In addition, Ashley serves as an advisory council member for TRANS Action Florida and as a planning committee member for Orlando’s Trans Collective. 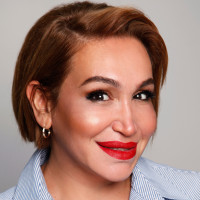 An outspoken activist and advocate, Cecilia has been featured in The New York Times, HuffPost and NPR and has appeared on the TV series Pose. Soon after attending her first support group for trans women at New York City’s The Center years ago, Cecilia volunteered for the organization, kick-starting her career as a full-time advocate, particularly for trans Latinas with a history of sex work, drug use and incarceration. She has served as the manager of the transgender health program at the APICHA Community Health Center and as the managing director of policy for Gay Men’s Health Crisis (GMHC). Today, Cecilia is the founder and executive director of Transgender Equity Consulting, which aims to achieve equity for the transgender community by improving education and organizing around TGNCNB community advocacy. She continues to do volunteer outreach to sex workers in her home borough of Queens and is a member of Decrim NY, an advocacy group fighting to decriminalize sex work. 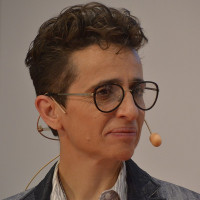 Born in Moscow, Masha moved with family to the United States in 1981 as a teenager. In 1991, Masha moved back to Moscow and worked as a journalist. In the decades since, Masha has also become an activist and an author. In addition to writing about Russia and LGBT rights, Masha—who identifies as nonbinary—has been a science journalist, writing extensively about HIV/AIDS. Masha’s byline has appeared in The New York Times and The New York Review of Books, among many other prestigious outlets. In 2014, Masha began contributing to The New Yorker and in 2017 became a staff writer for the magazine. Masha moved to New York in 2013 in the wake of threats by Russian authorities to take children away from LGBT parents. The eldest of Masha’s three children was born in Russia and adopted from an orphanage for the children of women living with HIV. 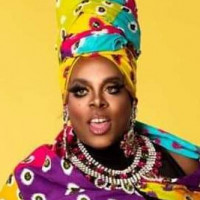 Caleb feels that telling the story of their experiences living with HIV is the best way to effect change when it comes to both public awareness and local, state and national legislation. They work as a trans health navigator at Equitas Health, one of the nation’s foremost LGBT health care organizations. In 2018, they helped establish Ohio’s first community center for young LGBT people of color. The center boasts everything from a gender-validating clothes closet to a computer center. They serve as an adviser to the Ohio Department of Health on the Prevention Assistance Program Interventions (PAPI) program, which provides free PrEP to anyone who wants it. Caleb has also helped homeless trans women get off the streets and into care and is working on creating their own nonprofit. Their motto is “A negative can be turned into a positive, and a positive can be turned into a greater positive.” 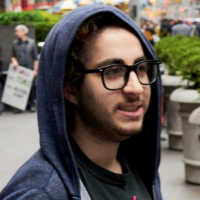 Kellen is a key member of the New York City–based progressive activist group Rise and Resist and has been arrested several times during civil disobedience actions protesting the Trump administration’s treatment of migrants and immigrants. In 2017, they coproduced an action for the Transgender Day of Remembrance. A member of the next generation of ACT UP, Kellen helped plan actions for World AIDS Day 2018 and took part in organizing protests against presidential candidates accepting money from Big Pharma. They currently are a student at Brooklyn College. 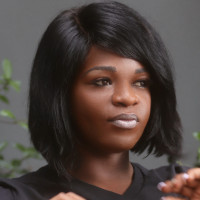 Kayla is a tireless advocate for transgender people in the South, working to connect them to a range of medical and social services to ensure that they survive and thrive. Her advocacy includes fighting for housing equity for trans folks and against the mistreatment of her community by law enforcement. She is also a state-certified HIV tester and sexual health counselor. Kayla is a member of the core faculty at the Transgender Strategy Center, which builds trans justice through trans leadership. In addition, she is the Southern regional organizer for TLC@SONG, a national collaboration between the Transgender Law Center and Southerners on New Ground. In April, Kayla became the lead plaintiff in a case filed by Lambda Legal challenging a Tennessee law that prohibits trans individuals from changing their gender on their birth certificate. 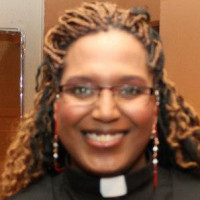 An LGBTQ community activist for more than 20 years, Andrea, who was diagnosed with HIV in 1988, works on the HIV Behavior Surveillance Team as a field coordinator for the city of Philadelphia. She’s also the proud mother of the House of Lamour, a fluid group of LGBTQ youth she takes into her home and calls her “rainbow tribe.” She serves on the national steering committee for PWN-USA, whose Philly chapter she joined in 2009. An Army veteran, she is also a minister at the Whosoever Metropolitan Community Church of Philadelphia. 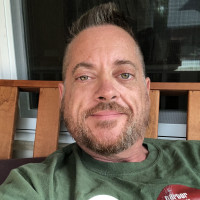 A powerful and effective voice for people living with HIV, George Henry has been on the front lines of the epidemic since the early ’90s. He is an experienced and passionate advocate, a long-term survivor and an educator. Since 2015, he has been project manager for the Benefits Resource Infectious Disease Guidance and Education team at Community Research Initiative in Boston. BRIDGE provides health insurance and benefits program enrollment, guidance, outreach and training to individuals and organizations throughout Massachusetts. George Henry has also worked for the Boston Public Health Commission, the Boston AIDS Consortium and Boston Living Center, which fosters the wellness of people living with HIV. 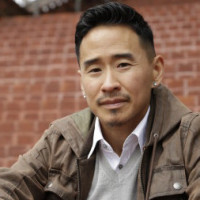 Kris is the executive director of the Transgender Law Center, the largest national trans-led organization advocating for self-determination for all people. TLC does what it takes to keep transgender and gender-nonconforming people alive, thriving and fighting for liberation. Kris’s first executive director position was at age 23, at Youth United for Community Action in East Palo Alto, California. He then led the Audre Lorde Project in New York City and helped launch the annual New York City Trans Day of Action. He also campaigned with coalition partners for the adoption of nondiscrimination policies by the city’s welfare agencies. In August 2018, he and other protesters shut down an intersection in Albuquerque to highlight the discriminatory policies  of Immigration and Customs Enforcement regarding LGBT and HIV-positive immigrants. 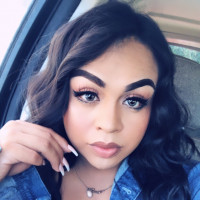 Nearly one in seven men who have HIV in the United States don’t know their status. That’s why the on-the-ground efforts of women like Luna are so important. As an early outreach navigator for The Aliveness Project, she provides free HIV testing and education with a focus on Black and Latinx MSM—two communities at higher risk for HIV. She also puts her nightlife connections to work, hosting testing events at local bars and festivals. Luna also leads a support group for LGBT people with HIV at an inpatient treatment facility, helping them find a path to recovery, and hopes to apply these experiences to future work with the trans community. 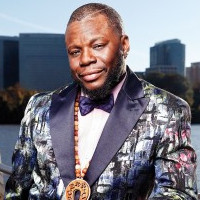 In 2014, Achim founded the nonprofit DC Trans Men Rising to provide trans men with a safe space to talk about HIV and other issues. In 2017, while attending the 22nd United States Conference on AIDS (USCA), he and four other trans people stormed the plenary stage to protest what they perceived as an erasure of trans people living with HIV from research data. Achim is the first trans person to minister at the Bethel Christian Church of Washington, DC, and the first trans member of construction workers’ union Local 891 Cement Masons. His experiences on the job have made him an outspoken advocate for trans-inclusive cultural competency training in the workplace. He serves on the national advisory board of Positively Trans and is the volunteer coordinator for the LGBT Community Center in New Orleans. 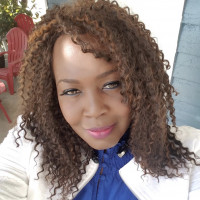 As an STI tester at the Georgia Health Department, Yasmyne collects and analyzes data from the National Behavior Health Survey to examine the behaviors that put trans women at risk for HIV. She’s also a brand ambassador for “@StopHIVATL,” an HIV prevention media campaign. Previously she was executive assistant at LaGender, Inc., a nonprofit advocacy group led by African-American transgender women. There, she helped coordinate events and travel and developed ongoing education trainings for staff members. Yasmyne is also a graduate of the TransActionGA Leadership Academy and is a consultant with Arianna’s Center in Florida.