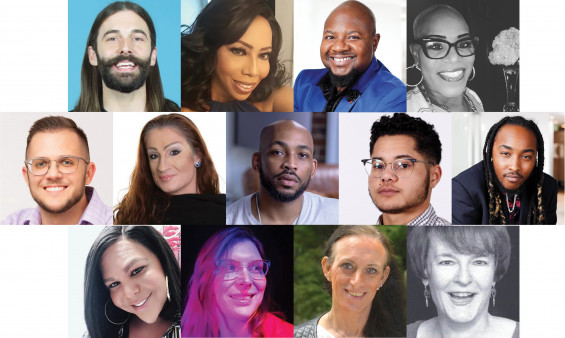 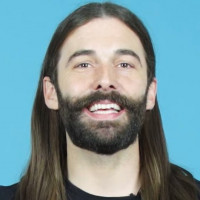 Yass, queen! The nonbinary groomer and hair expert of the Queer Eye reboot became “America’s fiercest sweetheart” for dispensing loving affirmations and self-care advice along with practical hair-care tips. He also cracked us up with his web series recap show Gay of Thrones. In September, he became America’s fiercest HIV advocate with the publication of his memoir, Over the Top: A Raw Journey to Self-Love. He has used the resulting publicity to discuss not only living with HIV but also dealing with addiction, mental health issues and sexual abuse. Such challenges can be overcome, Jonathan teaches us, with the help of self-love, humor and the perfect nail polish. 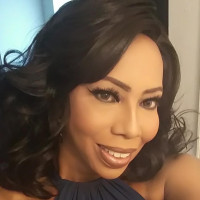 A Mississippi native, Malaysia has a passion for fighting for equality, respect and acknowledgement of the issues faced by the transgender and gender-nonconforming community. “The only way to truly understand the struggle is to hear from those who are struggling,” she says. She volunteers as a member of the New Orleans Regional AIDS Planning Council and currently works with CrescentCare health center’s T.W.E.E.T. (Transgender Women’s Engagement & Entry into Care) Program to help transgender women stay engaged in health care. Malaysia is determined to empower transgender women to use their voices and experiences as weapons against discrimination and injustice. 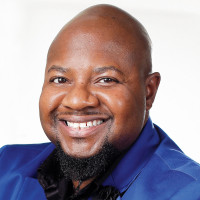 Born with HIV and orphaned at 15, Ja’Mel Ashely lived with friends and their families until he graduated high school. He went on to receive his bachelor’s of social work at the University of Wisconsin, where he began his transition. After starting his career as a social worker, he founded Intellectual Ratchet, a company that offers consulting to brands on diversity and inclusion through the production of culturally relevant events. He’s the vice president of the Trans Gentlemen of Excellence, an advocacy nonprofit for transgender men of color. This year the group hosted an Excellence Gala highlighting trans and HIV activists. Ja’Mel Ashley proves that even when life seems to have given up on you, you must press on. 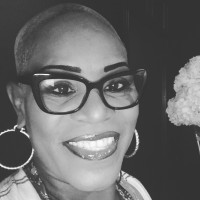 Kim is the cofounder and vice president of Community Kinship Life, an organization that provides transgender men and women and nonbinary people with the counseling, resources, medical services and life skills they need to begin or complete their transition. She is also the CEO of The Modern Day Woman Foundation, an organization for Black and brown women who have experienced trauma. In 2017, she self-published her autobiography, The Modern Day Woman. Kim has won numerous awards for her work, including the 2014 Black Trans Ally Award, the 2015 Harlem Pride Legacy Award, the 2015 LGBT Caucus Award, the 2016 Black Trans Advocacy Woman of the Year Award and a 2017 NAACP Image Award. 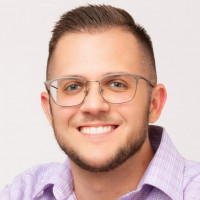 The trans services division manager at Metro Inclusive Health, Lucas has dedicated his life to social justice. While transitioning during college, he became passionate about helping others in the community through sharing his story, leading workshops, speaking in classes and mentoring other trans students. In 2015, he started his dream job at Metro Inclusive Health as trans and youth program coordinator. He also became a certified HIV tester. In 2018, he led the creation of Metro’s Trans Services Division, which collaborates with the HIV prevention team to expand outreach efforts targeting trans individuals. 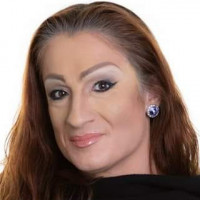 Sasha is a former Miss Gay Universe and a performer and fundraiser in San Antonio. As a trans activist, she uses her platform to fight for the LGBT community and for acceptance. By day, she’s a linkage to care specialist at BEAT AIDS, where she goes above and beyond to ensure that her clients’ needs are met. Her motto is “Know your truth and make a difference.” She has participated in many community groups, organizations and events, including BEAT AIDS’ Annual PrEP in Your Step 5K Walk/Run. Whether she’s walking or running, Sasha is making a difference and an impact in her community. 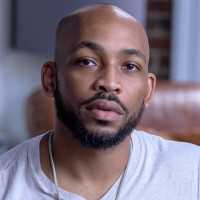 A social impact strategist and diversity, equity and inclusion speaker, Dana has delivered keynote speeches at Wesleyan University, Hofstra University and the 2017 Northeast Queer and Trans People of Color Conference at Princeton University. With a commitment to creating affirming, inclusive spaces and pipelines to leadership for transgender and gender-expansive talent, Dana joined the 2019 cohort of the executive program in social impact strategy at the University of Pennsylvania’s School for Social Policy and Practice. They currently serve on the board of directors at Collective Action for Safe Spaces and works as a program officer on the technical assistance team at True Colors United. 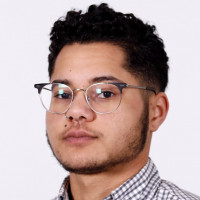 Reagin is an emerging leader who has combined his data and administrative skills with his capacity-building abilities within the LGBT and HIV communities, specifically focusing on TGNCNB issues. He helped manage an Elton John AIDS Foundation initiative that aims to improve health outcomes for trans people and Black gay and bisexual men. He also worked on programs at Boston’s Fenway Health that focused on people living with HIV. He currently brings his experience and knowledge to the Transgender Strategy Center, where he supports the operation and administration of programs and initiatives that assist trans-led organizations with their strategic goals, such as economic and racial justice, authentic inclusion, and equity in health and well-being. Fittingly, Reagin was honored with a Torch Award for Emerging Leadership at this year’s National Trans Visibility March on DC. 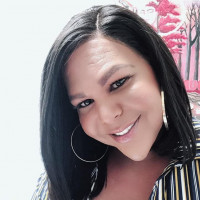 Before joining the staff at the multicultural AIDS service organization Miracle of Love, Mulan volunteered for the group by providing outreach on the streets and in the clubs. As a former sex worker, she understands what her community needs and also offered up her home as a safe haven for trans sex workers, a place where the ladies could get condoms, bottles of water and advice—not to mention a dose of emotional support. These days, as Miracle of Love’s outreach coordinator, Mulan provides HIV testing and linkage to care and manages the group’s drop-in center. In her spare time, she continues to pursue her personal brand of outreach, distributing umbrellas to transgender sex workers when it’s raining and even helping some pay for transition-related procedures. 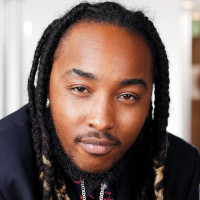 A chef by profession, Tyree also has been involved in HIV/AIDS prevention work for several years. He was a regional ambassador for the National Trans Visibility March in Washington, DC, and he wants to help not only eradicate HIV/AIDS but also see his trans brothers and sisters living healthy lives and having space to be themselves, safely. His outreach work includes HIV prevention and awareness for trans men of color, specifically sex workers. 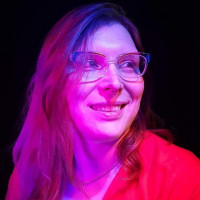 Mara has been a vital part of the AIDS Foundation of Chicago (AFC) family ever since she began working as an office manager there five years ago. She went on to become the Ryan White training specialist and last year became the training manager. Mara has transformed AFC’s relationship with its case managers and led the expansion and success of its training program. She is an advocate for gender inclusion and volunteers as a trans mentor for the Chicago House & Social Service Agency’s TransWork program. 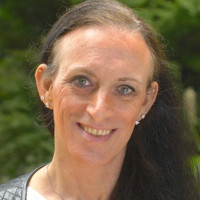 As a transgender woman living with HIV for 19 years, Katie first stepped into advocacy in 2017. Since then, she has been involved with Thrive Alabama, The Well Project and the Alabama Department of Public Health. As Alabama state lead for PWN-USA, she is a key conduit to the HIV community in her state and the national office. She is also currently working on establishing a regional chapter in Alabama. Katie’s advocacy work extends to social media, where she is the founder and administrator of several Facebook groups—Alabama Poz Life, Alabama Transgender Coalition and PWN Alabama members and allies. Katie made it her life’s mission to spread the message of U=U, even lending her voice to the Prevention Access Campaign’s “Positive Series” initiative. Earlier this year, Katie was named PWN-USA’s February Shero of the Month. 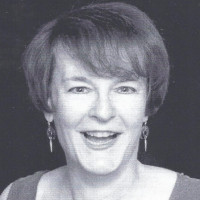 Jessica is recognized as one of the first transgender HIV epidemiologists. Beginning in 1998, she conducted the first bilingual transgender needs assessment survey, which was funded by the Administration for HIV/AIDS at the Department of Health of District of Columbia. The survey evaluated self-reported HIV prevalence, knowledge, testing and sexual risk behaviors, among other topics. It also served as the foundation for the delivery of health services to the transgender community. Jessica was also the lead contributor for the Eliminating Disparities Working Group’s 2004 report “An Overview of U.S. Trans Health Priorities.” For 10 years, as part of the Ryan White HIV/AIDS Bureau’s Special Projects of National Significance, she helped develop several key funding opportunities, including the Women of Color Initiative, the Correctional Health Linkages Initiative and the Transgender Women of Color initiative, to improve access to HIV primary care.