Beyond Burlesque: Stripping Away HIV Stigma

“Broadway Bares” dancer Josh Cotham raised what for him was an unprecedented amount thanks to the support of his friend Brian Rice.

The famed burlesque-style revue Broadway Bares will take New York City’s Hammerstein Ballroom by storm for its 29th edition this Sunday. The lucky thousands who will pack the house won’t be feeling at all guilty about shelling out cash for the chance to see some dancing six-packs and Speedo bulges, though—the money benefits a very good cause. That cause is the grant-making nonprofit Broadway Cares/Equity Fights AIDS (BCEFA).

Broadway Bares has raised more than $19 million for BCEFA since the show was born in a Manhattan gay bar in 1992, founded during the height of the AIDS crisis by Tony Award–winning choreographer Jerry Mitchell (Hairspray, Kinky Boots, Pretty Woman). Although in recent years BCEFA has broadened its original focus to include women’s health initiatives, health care aid for the performing arts community, hurricane relief efforts and other worthy causes, it remains centrally dedicated to advocating for those living with HIV/AIDS. 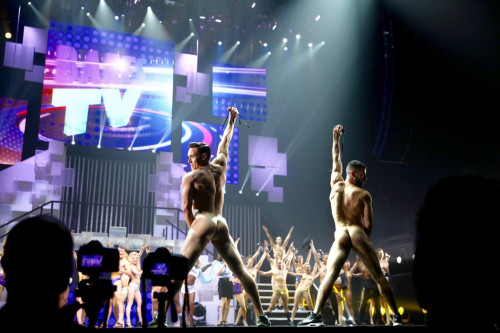 The opening number of the 2017 edition of Broadway BaresBenjamin Ryan

It was the organization’s sheer heart that first attracted dancer Josh Cotham to the splashy show. He will be performing in Broadway Bares for his third time this year. Just a month after he first moved to New York City in 2016, Cotham was brought on as a volunteer to serve a group of Broadway Bares attendees seated in the show’s VIP area.

“I instantly fell in love with the event,” Cotham said. “The next year I applied as a dancer and have done that every year since.” 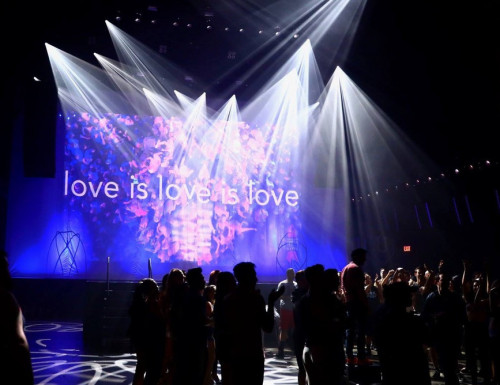 This time around, the event has been particularly meaningful for Cotham. It marks the start of what he hopes will be a long-lasting friendship with a lawyer named Brian Rice, who contacted him through Instagram last June after coming across his Broadway Bares fundraising page. Rice was HIV positive and, having long struggled to disclose his serostatus to others, was interested in learning about Cotham’s work with BCEFA.

Cotham, who is two decades younger than his friend and works in the performing arts, understood that there were both generational and professional differences at play in Rice’s reluctance to be candid with his clients and colleagues about his HIV status. Nevertheless, he encouraged Rice to disclose so that he could be “more open in his day-to-day life and help lift the stigma surrounding the virus.”

“It’s been very special to see how accepting people have been of him sharing his status and all of the positive responses he’s received from that,” Cotham said. “I think it’s helped cause a lot more positive energy in his life overall, so playing even a small part in that has been incredible.” 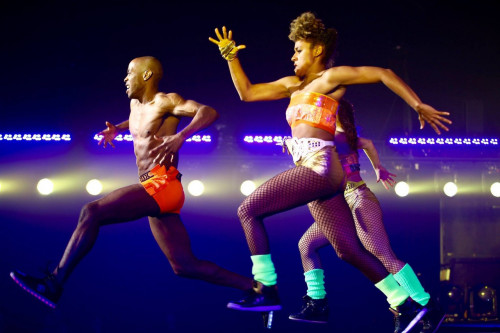 Rice has certainly repaid Cotham for his support. For the last few months, he and his husband, Jason, have been fundraising fiercely for Cotham’s Broadway Bares kitty—dancers enthusiastically participate in what is cheekily known as the Stripathon—imploring people to donate. The couple has helped Cotham raise “an astounding amount”—over $28,000 as of Friday afternoon, making him the third-highest fundraiser of 2019.

In the run-up to this weekend’s travel-themed show, titled Take Off, in which he is dancing in the number “In-Flight Entertainment,” Cotham reflected on the far-reaching impact of Broadway Bares and, more broadly, BCEFA.

This is a long caption but a really important one so bear with me. • So many of you have asked me how I’ve been raising so much money for Broadway Bares this year ($21,825 as of now with still 24 hours to donate *wink wink*). The reason I’ve been able to raise this astounding amount is because of this incredible man, Brian Rice. Brian and I became friends after last year’s Broadway Bares, where he was a huge help in reaching my fundraising goals. After talking a little bit, I discovered he was particularly drawn to the event because he is HIV positive. Throughout the past year, I encouraged him to open up about his HIV to his family who did not previously know. He’s continued that by coming out to law firms and insurance brokers that he works with in an effort to be more open in his day to day life and lift the stigma surrounding the virus. The overall response has been incredibly positive, and a lot of these people have donated to my campaign in support of Brian. While Brian doesn’t personally need the services of the organization, the organization and myself have been able to give him the strength and inspiration to be his authentic self. And him and his wonderful husband, Jason Kelliher, have used that to help me with my fundraising efforts. Stories such as his are one of the main reasons I raise money for this organization. How crazy that a one night event could have such a major impact on someone’s life. So please join me in supporting this cause by following the link in my bio and donating. Any amount helps! • #broadwaybares #bcefa #togetherwemakeadifference #hivpositive #liftthestigma #fullout

“How crazy,” he mused in a recent Instagram post, “that a one-night event could have such a big impact on someone’s life.”

In related POZ articles, check out our rundown of this year’s Broadway Bares show, titled "Ogle the Bare, Record-Breaking Talents of Broadway Beauties," and our 2012 cover story on Broadway Bares and Broadway Cares/Equity Fights AIDS, titled “The Show Must Go On." 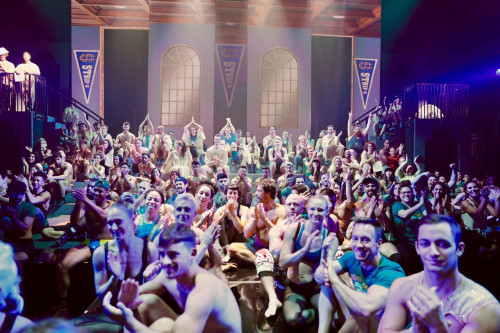