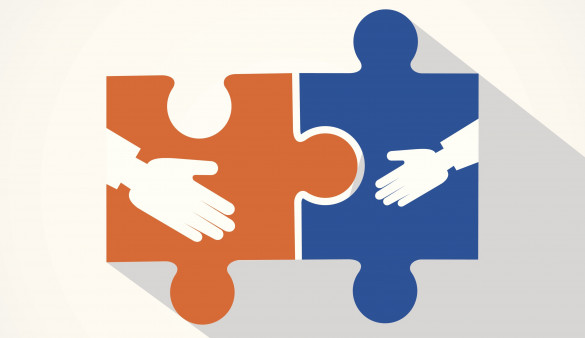 This is an improvement from 36% in 2020, notes this year’s State of HIV Stigma Report and survey from GLAAD.

Nearly 9 out of 10 adults agree that there is still stigma around HIV. The same survey found that 43% of adults are comfortable interacting with people living with HIV. Put in a larger context, this shows an improvement in the public’s attitudes toward people with HIV. Two years ago, 36% of respondents reported feeling comfortable around people with HIV. Such findings are detailed in the 2022 State of HIV Stigma Report. Spearheaded by the LGBTQ advocacy group GLAAD, the third annual report tracks the attitudes and knowledge of U.S. adults regarding HIV.

“While the findings show progress made, they also show work to be done,” writes Sarah Kate Ellis, the president and CEO of GLAAD, in the report’s introduction. “Our report this year reveals progress toward easing HIV stigma, through increasing knowledge, comfort and greater understanding that HIV can be treated to the point of being undetectable and therefore untransmittable (U=U) and the importance of PrEP [pre-exposure prophylaxis] for prevention.”

Released to coincide with World AIDS Day, marked each December 1, research for the report was conducted via an online survey of 2,536 U.S. adults and was funded by Gilead Sciences’ COMPASS initiative—the name stands for “COMmitment to Partnership in Addressing HIV/AIDS in Southern States.”

Danny Harris, the executive director of COMPASS grantee Engaging Arkansas Communities, notes that stigma varies according to region. “In our rural state, access to quality information for HIV is limited,” Harris said in the press release. “Those who would honestly seek to broaden their knowledge are hindered because the news does not reach them. People living with HIV constantly deal with negative words, thoughts, beliefs directed toward them and systems that label them as socially unacceptable. These negative attitudes hinder engagement in HIV care and prevention. Stigma in Arkansas is not only created by the uninformed but too often by those providing services. HIV service providers, state-funded HIV program and mental health services must do more to encourage clients to get tested and treated and avoid stigmatizing words and policies.”

Ellis continued: “Newly released data show how stigma, inadequate resources and lack of comprehensive public health messaging set back the fight against HIV during the COVID-19 pandemic and delayed response to the monkeypox (mpox) virus outbreak this year. There is no more time to waste. With accurate representation and visibility in the media and by elevating accurate and inclusive information, we can end the HIV epidemic.”

In related news, see “Meet the 30 Groups Awarded Over $2M to Fight HIV in the South [VIDEO],” which reports on the latest round of COMPASS grants, “HIV Pharma Giants and LGBTQ Groups Help Fund Monkeypox Response” and “HIV in The Real World: How Danny Roberts’ Visibility Signals the Fight Against HIV Stigma.”