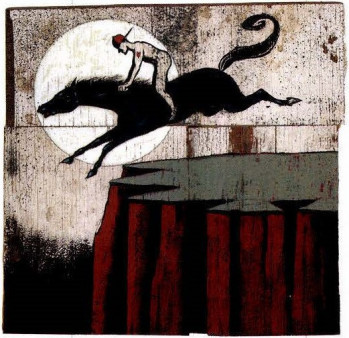 A Boy’s Own Story

While slurping down a peach smoothie at the Big Cup, the other day, near my new home in New York City I read in a gay paper a little classified ad for Barebackers Anonymous -- a support group for neg people who simply can’t quit having unsafe sex. This stopped me in my tracks and made my stomach and heart ache. How unfair, I thought, that I, still in my teens, feeling lost, alone and scared, didn’t have a group like that available in San Francisco. There I’d be standing on Market Street, waiting for the BART to take home from another wild, Friday-to-Sunday, drug-dazed, barebacking bacchanalia.

Before then, from the fourth grade on, my head was pummeled with safe sex education and I would only sleep with guys who said they were negative. Then one day, while sitting on my floor cruising the Net, I thought, “I could hook up with positive tops...if I really wanted.”

All of a sudden, my luck changed. There were men by the dozens available to me. Most at first were wary about my age and status, but I quickly dispelled their reservations by saying I was positive as well.

Then I stumbled on a few sites that piqued my curiosity. Bug-chasing. Gift-giving. Reading and researching this made my curiosity run wild. I began asking about bug-chasing, through my blurry tina haze, provoking excitement in some, utter disgust in others. On the phone line, some guys would yell, others would say something mean and others would simply express concern. “Why would you want to be positive?” they asked.

I never really had an answer. Maybe it’s because growing up in the Midwest, I was taught through fear. HAVE SAFE SEX OR DIE! Barebacking seemed the ultimate rebellion. Most men in sex clubs seemed confused when they’d walk by and see a guy my age lying in the sling, waiting and ready. Confused and excited. Legs open and ready for whatever. Or, maybe, to me, it just seemed easier.

It was mid-June when everything began to crumble for me. At six feet and 145 pounds, I was skinnier than I had ever been. I couldn’t hold or find a job to save my life. Any dreams I had before simply faded. By mid-July I was hit with a flu unlike anything I had ever experienced.While I sought medical help and tried to recuperate, I missed too much work and lost my last job. I called my mom and said, “I wanna move home.”

A week later, I found out I was clear of heps A, B and C. The HIV results would come from a test I was to do at home.

In some ways I knew I was on a suicide mission -- it was my hope to,at some point, wear my body out and die. Some nights I’d wake in a panic, having realized I would spend the rest of my life deteriorating,because for five months at 19, I had decided I would invite a disease into my life. All because I wanted to fuck any person that walked in that door. Never thinking that one day I wouldn’t want just any person, I would want that one person. That less was more, and what I was doing would surely bring me less than I had before.

I’ll pay for that decision for the rest of my life. Every time a guy I really like doesn’t want to date me because of my status. Every time I have to watch a friend die and have to wonder about my own fate. And every time I think of what I haven’t accomplished yet. I’ll have to remember that decision I made, despite the disapproval of every single friend that ever really cared for me.