When is a “Be Smart” ad not a “Be Smart” ad? When it’s a Combivir ad. Tongues wagged last September after Glaxo Wellcome’s public-service “Be Smart About HIV” graphic, co-launched with two not-for-profits—the National Minority AIDS Council (NMAC) and the National Gay and Lesbian Health Association (NGLHA)—suddenly morphed into a hard sell for its newly approved drug Combivir (AZT and 3TC). The Combivir ad incorporates the same design, colors and theme as the “Be Smart” slick, which provides information on HIV testing and treatment.

“We are not here to help Glaxo sell their drug,” said NMAC’s executive director Paul Kawata. “When I realized the ad was for a product, it felt like total betrayal. Glaxo didn’t consult with us, so it looks like we endorse Combivir—we don’t.”

But, what some call a corporate sleight-of-hand, others see as the next step in a “We Are Family” strategy, according to Glaxo’s Doug Stokke. “The consistency of look between ‘Be Smart’ and Combivir was done with an intent to identify these things as a family of programs,” he said. “We wanted to move forward with the unique design elements put together to support ‘Be Smart.’” He added that NMAC and NGLHA provided no funding for the campaign and maintain no hold on creative elements. “We didn’t intend to confuse people or imply that either organization had any role in supporting the Combivir ad,” Stokke said. “We’ve had discussion with them and they understand.”

“We understand—but we don’t accept the explanation,” Kawata said. “They must make a clear distinction between a public-education campaign and a product-oriented campaign.“ 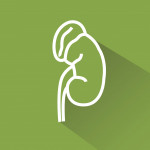 Concerns About Kidney Health Among Children on HIV Treatment 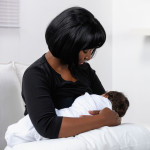 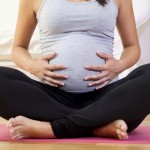