Increases in waist size are no more common in HIV-positive men compared to HIV-negative men, according to new data from the Multicenter AIDS Cohort Study (MACS). The research, published in the November 1 issue of the Journal of Acquired Immune Deficiency Syndromes, affirms the results of previous studies suggesting that abdominal fat gain is not a unique complication of HIV or its treatment.

HIV-associated lipodystrophy is a term that has not been officially defined, given that researchers disagree on its signs and symptoms. Experts agree that lipoatrophy – a loss of subcutaneous fat in the face, arms, and/or legs – is clearly a unique and relatively common problem among HIV-positive people, especially those on HIV treatment. What they do not agree on is if lipohypertrophy – the accumulation of visceral fat, notably around the gut (central adiposity) – is unique or more frequently seen in HIV-positive people receiving therapy.

The most widely cited data questioning the contribution of lipohypertrophy to the definition of lipodystrophy come from the Fat Redistribution and Metabolic Change in HIV Infection (FRAM) study. It enrolled 825 HIV-positive men, 350 HIV-positive women, and 338 HIV-negative people. Results focusing on men enrolled in FRAM were published in October 2005. Results focusing on women in enrolled in the study were published in August 2006 (see our story here).

In short, the FRAM results suggested that lipoatrophy is a unique complication caused by HIV and/or HIV medications, whereas lipohypertrophy is not, given that fat increases were similar among the HIV-positive and HIV-negative women and even more common in the HIV-negative men.

The most recent study, conducted by Todd Brown, MD, of Johns Hopkins University and his MACS colleagues, followed 1,053 men from 1999 to 2003. Approximately 63% of those enrolled were HIV positive (the vast majority were receiving antiretroviral therapy); the remaining 37% were HIV-negative volunteers.

While most lipodystrophy studies use CT, MRI, and DEXA scanning, these tests are not routinely available to healthcare providers and tend to be expensive and cumbersome. The MACS employed a much simpler tool: tape measures to evaluate waist, hip, and limb circumferences. As primitive as this may sound, measuring waist circumference – and comparing the circumference of the waist to that of the hip (known as the waist/hip ratio) – has long been used to help diagnose obesity and to predict cardiovascular disease and diabetes in those at risk.

As for hip circumferences, these also increased in both groups. However, the hip circumference increases occurred faster in the HIV-negative men than the HIV-positive men on antiretroviral treatment. Because hip circumferences are dependent on subcutaneous fat gains – fat below the surface of the skin, as opposed to visceral fat deep within the body – these results can be taken as additional evidence that lipoatrophy is the defining characteristic of lipodystrophy.

These findings, Dr. Brown and his group writes, “underscore the fact that peripheral fat wasting is the more predominant body composition alteration among HIV-infected patients receiving [HIV treatment’ and that changes in waist/hip ratio do not necessarily represent central adiposity in this population.” In fact, lipodystrophy experts like Donald Kolter, MD, of St. Luke’s-Roosevelt Hospital in New York have suggested that lipoatrophy can make central adiposity appear much more severe and uncharacteristic of typical fat gain. 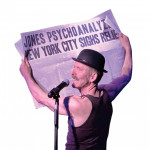 Life (With HIV) Is a Cabaret! 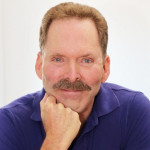 A Psychoanalyst’s Insight on Major Issues Facing People With HIV