In the United States, HIV-positive black women are twice as likely as their white counterparts to die of AIDS, according to the Women’s Interagency HIV Study (WIHS). Over 12 years, death rates among women on HIV meds were 16 percent among black women compared with 8.2 percent among white women. Worse treatment adherence among black women explained some—but not all—of the differences.

“There may be genetic differences in drug absorption,” Kathryn Anastos, MD, a WIHS principal investigator, says, “but we don’t really know yet. The data about how effective the drugs are, how well they help people with HIV stay healthy and alive, come predominantly from populations of European descent—mostly men.”

But Anastos adds, “We do know that these drugs work really well for most people, so the message is, be adherent to HIV treatment.”

Another message: We need more female- and race-specific clinical trials to determine how genes and gender affect HIV drug performance. 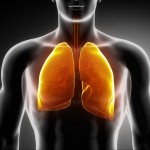