Typically, bribery is a form of persuasion used by people outside the law. But recently, the tactic was employed by researchers at the Massachusetts Institute of Technology Poverty Lab to secure health for generations to come. The  scientists conducted an experiment that used conditional cash transfers (CCT)—payments to encourage a certain behavior—to deter young people in Tanzania from engaging in risky sexual activity.

Over the course of one year, 2,399 participants ages 18 to 30 were tested every four months for chlamydia, gonorrhea, trichomoniasis and Mycoplasma genitalium; they were also tested for HIV, herpes and syphilis at enrollment and the 12-month mark. If all tests were negative, the person was paid, depending on the arm of the experiment, $10, $20 or nothing. If any result returned positive, the participant received free treatment and counseling.

In the group that received $20, the rate of sexually transmitted infections (STIs) dropped by 19 percent. But among those paid $10 or in the control group, risk increased by 19 percent and 13 percent respectively. The conclusion? More money equals fewer STIs. 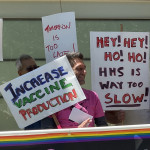