The ban is lifted for HIV-positive travelers, but obstacles remain in the Far East.

In April, the state-owned Xinhua News Agency reported that China’s State Council was ready to lift the country’s decades-old ban on HIV-positive travelers entering the country. In 1995, China stopped requiring mandatory HIV screenings for all foreigners, but immigration officials continued requiring visitors to claim any health conditions they might have. HIV positive? Say good-bye to Shangai. The ban had been intermittently lifted for major international events such as the 2008 Beijing Olympics. But now it is relegated to history.

Advocates such as Sara Davis, PhD, executive director of the grassroots organization Asia Catalyst, view this policy shift as evidence of China’s growing HIV/AIDS awareness. But she says that those living with the virus within China’s borders still face innumerable obstacles.

“[The policy shift] is an important step forward for the whole Asia Pacific region, but people with HIV [still] face very serious discrimination on a practical basis in China,” Davis tells POZ. “People with HIV get turned away from hospitals, fired from jobs and evicted from their homes.”

Will HIV-positive visitors help their Chinese counterparts realize they should not have to suffer such ills? If so, let’s hope the news travels fast. 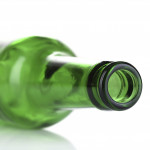