HIV-positive people who experience a heart attack and require hospitalization are more likely to die, compared with those not living with the virus, say the sobering results of a U.S. data analysis.

The review included 1.5 million hospital admissions related to heart attacks recorded between 1997 and 2006 by a nationwide survey. After adjusting the data for differences between individuals with and without HIV, the risk of death was roughly 38 percent higher among those living with the virus.

Though the reasons for this disparity aren’t yet clear, the study authors noted that HIV-positive patients were less likely to receive standard cardio care while hospitalized, such as anticoagulants, angiography or bypass surgery.

More research is necessary, but in the meantime, the researchers warn that health care providers need to recognize the increased risk of death among people living with HIV and act accordingly. 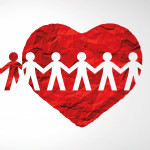