When PWAs first sat at the high table

In 1989, ACT UP and its Canadian counterparts, AIDS Action Now! and Réaction-SIDA, stormed the Fifth International AIDS Conference in Montreal. Up until that June day, the conference was a members-only event for the AIDS establishment, a chance for scientists to hobnob with their fellow wizards while dispensing wisdom and press releases to beleaguered doctors and a fawning press. PWAs were presented mainly as abstractions, their lives reduced to statistics on spreadsheets, their needs and desires mere sidelights to the noble pursuit of science. Of course, if they wished to make their presence more concrete, they were welcome to do so, for a $500 registration fee.

And then came Montreal. I’ll never forget the sight of our ragtag group of 300 protesters brushing past the security guards in the lobby of the Palais de Congress, the fleet of “Silence=Death” posters gliding up the escalator to the opening ceremony or our chants thundering throughout the cavernous hall. There we were, the uninvited guests, taking our rightful place at the heart of the conference. And when PWA Tim McCaskell grabbed the microphone and “officially” opened the conference “on behalf of people with AIDS from Canada and around the world,” even the scientists stood and cheered.

But it was only when we refused to leave the auditorium and instead parked ourselves in the VIP section that the crowd realized that our action was more than just a symbolic protest. Despite threats and rumors of a potential “international incident,” we remained in our seats, alternately chanting and cheering, and giving notice that PWAs were “inside” the conference to stay. From that point on in the crisis, researchers would have to make extra room at the table for PWAs and their advocates.

What we came to see, during a week of raucous street rallies and dogged challenges to “experts,” is how crucial activism is to keeping that place at the table. I had my own moment of clarity during a meeting of the International AIDS Society (IAS)—the conference sponsors—at which a list of future meeting sites including countries that restricted the travel and immigration of people with HIV was proposed. When I objected to these sites—noting that the conference itself had passed a resolution just that morning instructing the IAS to meet “only in countries permitting entry of HIV infected travelers”—I was told that since travel waivers would be made available to anyone with HIV wishing to attend any of the conferences, there was no need to worry about restrictions.

It was as if the only PWAs that the IAS officials recognized were the ones in the same room with them, and that if they addressed our specific concerns, they had “solved” the entire “PWA problem.” The idea that the IAS might be accountable to the larger AIDS community, or that as a “leader” in the fight against AIDS, it might have an obligation to take a stand against discriminatory policies, seemed to be beyond its officials’ comprehension. We were there to expand their horizons.

But activists had come to Montreal to influence more than just policy. We were there to hold science itself accountable to PWAs—to demand, in the words of ACT UP’s “National AIDS Treatment Research Agenda,” that “people with AIDS and their advocates participate in designing and executing drug trials,” and that research be driven by people’s needs and not just by the interests of drug companies. This meant broadening research priorities to include treatments for the opportunistic infections that actually killed PWAs, and ensuring that the full range of people with HIV be enrolled in the studies. The drug trials themselves needed to be designed for the real world—“prophylaxis permitted, placebos avoided, efficacy criteria and end points humane”—and people intolerant of standard therapies and/or ineligible for ongoing clinical studies still had to be given access to these experimental treatments.

Although the “Treatment Agenda” was one of the most influential papers of the conference, overall reaction to the activist presence was polarized. While many praised us for breathing real-life issues into the rarefied air of scientific symposia, others complained about our confrontational tactics and accused us of “introducing politics” into a scientific conference. Some scientists even suggested that future conferences be split into separate “scientific” and “social” issue sessions.

But those suggestions were resisted, and the 1990 International AIDS Conference in San Francisco found activists’ concerns even more firmly entwined with those of the conference. Scientists joined activists in denouncing the restrictive U.S. travel policies that had forced an international boycott of the AIDS conference itself; ACT UP member Peter Staley was a keynote speaker; and later thousands of conference participants took part in an AIDS Unity March through the streets of San Francisco. Although there were still disagreements between activists and scientists, we now appeared jointly, if warily, on panels. Angry demonstrations were held daily outside the convention center, addressing such issues as the “crumbling San Francisco model of AIDS care,” but the atmosphere inside, while tense, remained cordial, with protests held to a minimum (save the closing-day shouting-down of U.S. Health Secretary Louis Sullivan—who was, in any event, a political figure and not a scientist). In fact, Larry Kramer’s “call to riot” over the disastrous state of AIDS research notwithstanding, the big story of the conference was the emergence of an “uneasy alliance” between activists and scientists: Both sides agreed to disagree on specific issues while recognizing the larger benefit of finding ways to work together.

Today’s AIDS conferences find activists and scientists working together more closely than ever. Although the power of ACT UP as an organization has waned—our once-shocking demos now often seem empty rituals—the group’s influence endures as many who began at the barricades now have a seat at the the AIDS establishment’s table. Of course, if we are to remain effective inside the system, it is imperative that we stay true to the issues and demands that brought us to Montreal in the first place—the real day-to-day lives of people with HIV. 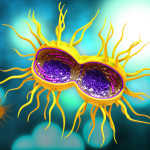