Cry Me a River

I watched from the gallery of the United states House of Representatives in Washington, DC, as newly minted Speaker John Boehner (R–Ohio) cried while giving a speech in the aftermath of the assassination attempt on Congresswoman Gabrielle Giffords (D–Ariz.).

Boehner’s tears—the latest example of his frequent emotional outpourings— seemed genuine and appropriate. It moved me too, to see how people from both sides of the aisle can come together when the welfare of Americans is at stake.

Since the shooting, there has been much discussion about the need for greater civility. As I write this, Congress is headed back to DC and the GOP has said its first order of business is to repeal health care reform. Many are speculating whether political dissention will lead to losing ground on health care or whether Congress will be civil and agree to do what’s right for the health of the American people—even if that means losing an opportunity for a dramatic political smackdown.

Political power is an addictive drug. But those who crave it should not let it push them to the point of taking political stands that put Americans in their graves. We need a new health care system, and we need to expand budget levels for HIV/AIDS services to prevent what’s happening now: Thousands of Americans with HIV are unable to get lifesaving care.

Saving lives should be a nonpartisan issue. And, when the people we elected to protect us start playing deadly politics, we need to stand up and stop them.

This is why we, as a community of people living with and affected by HIV/AIDS, must have our voices heard on Capitol Hill. And that’s exactly what a determined, savvy group of AIDS activists in Ohio is doing. (Read “For Cryin’ Out Loud.”) As we go to press, lack of funding for Ohio’s AIDS Drug Assistance Program is threatening the lives of Americans with HIV/AIDS—right in Boehner’s backyard. And the Ohioans with HIV are not suffering in silence.

POZ featured Speaker Boehner on our cover to further their cause. Speaker Boehner, if you are reading this, please know that there are nearly 1,000 people in Ohio, many in your district, with HIV who could die because there is no funding to get them the drugs that can save their lives. This is also true in eight states around the nation. We predict this is the tip of the iceberg of a burgeoning access to care crisis that will soon place tens of thousands of Americans in peril.

Speaker Boehner, when you shed tears for Congresswoman Giffords, you were gracious and caring. We ask you to help us by leading the U.S. Congress to a place of compassion toward people fighting for their lives against HIV/AIDS. Repealing health care reform and slashing AIDS funding constitute very real “death panels” for people living with the virus. When the deaths of many Americans can be prevented, it shouldn’t be hard to justify the costs.

We ask that you do not let stigma, discrimination, unfair moral judgment and lack of education reverse the 30 years of progress this country has made combating HIV/AIDS.

So meet with us. Listen to us. And show us that you are not afraid to shed tears for people living with HIV/AIDS. 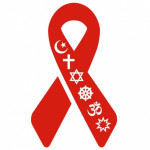