Helping to Find a Cure for AIDS

Participating in clinical trials can bolster your health—and that of the whole community.

Like many people living long-term with HIV, Gregg Cassin (who tested positive in 1986 but believes he contracted the virus five years earlier) avidly followed reports of Timothy Brown, the first man cured of HIV. Brown, an American otherwise known as the “Berlin Patient” for the city where he was treated, required a stem cell transplant for his leukemia. He was given cells (which reseeded his entire immune system) from a donor with a genetic variant that makes people virtually resistant to HIV. Nearly five years later, Brown remains HIV-free. 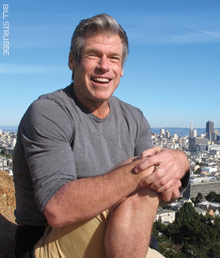 When Cassin heard that a University of California at San Francisco (UCSF) clinical trial was developing an HIV therapy based on lessons learned from Brown’s case, he decided to enroll. That’s when he discovered something new about his own HIV.

One arm of the study located in San Francisco, where Cassin lives, was looking for people with one copy of a mutated gene—the CCR5 delta-32 variant—that makes HIV progress more slowly. The Berlin Patient’s stem-cell donor had two copies of that mutation.

Survivors of the Black Death, the plague that wiped out half of 14th-century Europe, are thought to have passed the genetic variant to their descendants. The mutated gene shortens and disables the CCR5 protein on the surface of CD4 cells, which HIV generally needs in order to enter and infect the cells. About 1 percent of people of Northern European descent inherit two copies of the variant, one from each parent. Those people are called homozygous, and like the stem cell donor in Brown’s case, they do not contract HIV (unless their virus can attach to a different CD4 surface protein, CXCR4). People who inherit just one copy of the gene are called heterozygous. They can contract HIV, but the virus generally progresses slowly in them.

“I never thought I would have the mutation,” Cassin says. “Early in my HIV I had low CD4 cell counts, so I didn’t think I was a slow progressor. I was surprised when the researchers called me and excitedly told me I was heterozygous”—his DNA contained one copy of the mutated gene.

The UCSF study, led by Jay Lalezari, MD, removes CD4 cells from the subject’s blood and genetically alters them. The gene responsible for CCR5 production is removed using a new molecular “scissors” called “zinc finger nuclease” (ZFN) developed by Sangamo BioSciences. The modified cells are then stimulated to reproduce, and they’re re-infused into the participant’s body to propagate new CD4s with the gene variant. After several months, it is hoped, the subject stops taking HIV meds and voila! The altered cells, lacking the most common doorway for HIV to enter, are able to keep the virus in check.

As Cassin says, “If this [idea] works, I just might be able to stop taking HIV meds forever.”

In his San Francisco clinic, Lalezari lays out the trial plan: “First we have to figure out if [the ZFN strategy] works, how it works and in whom it works. Then we can figure out how to make it work for more people. The prize remains a more broadly effective therapy.”

Cassin’s group is not the first to undergo the treatment. “The original group were not heterozygous,” Lalezari says. A small number of heterozygotes were later recruited, he says, after especially promising results in one heterozygous man in the initial group. “Heterozygote patients already have 50 percent of their CCR5 genes removed courtesy of Mother Nature,” Lalezari explains. “So half the work has already been done for us.” In other words, researchers only have to coax participants’ immune systems into converting half their genes to versions that can deny HIV a docking station on CD4 cells.

Being heterozygous wasn’t the only qualification Cassin had to meet, though. He also had to lack antibodies to a specific cold virus (adenovirus). As Lalezari puts it, “The adenoviral vector is the means by which the zinc finger protein is delivered into the nucleus of the CD4 cells where the CCR5 gene resides.” High levels of the antibodies would kill off the infused cells.

Cassin, who did not have those antibodies, received his modified cell infusion in early January. He says he was “a bit anxious” about whether taking in genetically modified cells might cause harmful effects down the line.

Lalezari is reassuring about potential side effects. “So far,” he says, “the therapy is safe and well-tolerated. Aside from a flu-like response in the day or two after the infusion, we haven’t experienced any clinical side effects. We have some patients out now to two years, so we remain comfortable with the protocol’s safety.”

On January 9—the same day Cassin got his infusion—Sangamo announced that Phase I trials were so safe and effective that Phase II studies, involving both heterozygous people and positive people who don’t have the genetic mutation at all, are starting sooner than expected.

Researchers are seeking trial participants newly diagnosed with HIV and not necessarily heterozygous. “Anyone who has been HIV positive for less than five years, with CD4 cells above 600, could potentially be eligible right now,” Lalezari says. “The day before the gene therapy infusion, this group will get a small dose of chemotherapy to try to improve the [absorption] of the gene modified cells.”

Meanwhile, Cassin balances hope and realism. “The researchers have made it clear to me that the trial is experimental,” he says. “The worst case scenario is that my immune system gets a boost that leaves my body a little less burdened.”

His trial participation is motivated by other HIV-positive people, both living and dead. “The day I found out that I was accepted in the trial,” Cassin says, “I thought about all the friends I’ve lost, how far we have come, and of moments like this that gave us hope that we were going to make it. All at once those friends’ absence—and oddly their presence—was deeply felt.”
HOW TO:
Support HIV research through clinical trials
If people with HIV had not agreed to be guinea pigs for drug development, we wouldn’t have today’s wide choice of treatments. For some people—those who’ve run out of treatment options because of resistance to HIV meds, for example—joining a trial allows you to use drugs before they are approved. Many trials offer financial reimbursement as well.

But joining a study can seem scary, and the benefits minor. Gregg Cassin, a participant in the UCSF zinc finger nuclease gene trial, tried unsuccessfully to interest others in joining. He says: “I think the reasoning must be, ‘I am doing pretty well on the meds, and how am I going to benefit?’”

By doing careful research and consulting your doctor, you can make an educated decision about entering a trial—and know that you are advancing HIV science.

Find and join other studies
For comprehensive trial info, go to: 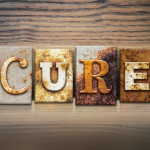