Researchers are training their microscopes on ways to eradicate—not just control—HIV, maybe allowing positive people to avoid a lifetime of HIV meds. One promising experimental technique is the use of HDAC (histone deacetylase) inhibitors.

Even when meds successfully suppress HIV in the bloodstream to undetectable, latent virus lurks in other cells, ready to emerge and reestablish an active infection. Drugs can’t suppress latent HIV, so scientists have to determine how it manages to isolate itself for so long.

The enzyme HDAC helps HIV hide. Or, as David Margolis, MD, of University of North Carolina at Chapel Hill, explains, “HIV ends up as latent virus in a resting cell by accident, and it doesn’t like to be there—like a sprinter whose shoes are untied. Several obstacles keep it from getting out.” HDAC creates one of these. Inhibit HDAC, the theory goes, and then the virus can get moving out of the cells—and meds can attack it.

Some drugs already in use inhibit HDAC. Margolis is studying one, the cancer drug Zolinza (vorinostat). Earlier trials of another HDAC inhibitor, the seizure drug Depakote (valproic acid), were only partly successful, Margolis says. “Valproic didn’t work in a majority of people, but several responded, with declines in resting HIV.” Like HIV combo therapy, combining several HDAC inhibitors that attack the target in different ways might work; if so, valproic acid might make a comeback on a team. But Margolis hopes Zolinza will be effective alone.

A possible hurdle: HDAC inhibitors have a rep for promoting cancer (through genetic changes). But in testing, Margolis says, Zolinza didn’t seem to do this: “[The researchers] never saw mutation.” 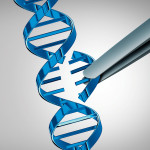