Diary of a Doc: New Strategies for HIV-Herpes Coinfection

Herpes was the viral scourge of the of late 1970s. I was a freshman in college in 1978 and I remember the hysteria around it very well. “There’s no cure for herpes…don’t wanna get that.” Of course, then came the 1980s. With the early cases of HIV infection being reported, herpes rapidly fell off the radar. The end of innocence?

Genital herpes is the most common ulcerative sexually transmitted disease both in the United States and worldwide. It is estimated that 15-25% of adults in the U.S. have it – with this percentage likely much greater in individuals with HIV infection. It has long been known that genital herpes infection increases the chances of acquiring HIV 2-3 fold. But what about the other way around: Does having genital herpes increase the risk of passing HIV along to someone else? Can treating genital herpes be effective in reducing the transmission of HIV infection – particularly in those countries where access to ARV meds and HAART is scarce?

Several studies reported this week at the 14th Conference on Retroviruses and Opportunistic Infections in Los Angeles and in this week’s New England Journal of Medicine began to answer this question. It is well established that having genital herpes increases the amount of HIV virus in genital secretions. The reason is that genital herpetic infections concentrate immune cells in the genital tract – the same cells that are infected with HIV – resulting in the hyperconcentration of the HIV virus in the genital tract as well. Of course, the more HIV virus present, the greater the opportunity to pass HIV from one person to another. In several studies reported this past week, treating genital herpes with daily acyclovir (Zovirax®) or valacyclovir (Valtrex®) reduced the amount of HIV virus in both blood and genital secretions. Studies are progressing to see if this decreased HIV in genital secretions can have an impact on HIV transmission, and these results are encouraging.

But wait – there’s something else here. These studies found that the amount of HIV was reduced in blood too. What is happening here to reduce HIV viral load in the blood? It is well known that both acyclovir and valacyclovir – the drugs used to treat genital herpes in these studies—have no direct anti-HIV activity.

What is likely happening here is related to another issue that has been increasingly implicated with progression of HIV infection to AIDS: a condition called “chronic immune activation.” There is something about chronic infections such as genital herpes that primes the immune system to pump out more and more CD4 cells. These immune cells quickly become infected with HIV and the immune cell’s machinery is taken over for the production of more HIV virus, resulting in higher HIV viral loads in the setting of these chronic infections. Over a long period of time, it is thought that this “chronic immune activated state” may be involved in the ultimate depletion of CD4 cells and progression to AIDS. Other studies presented at this week’s conference also directly linked higher HIV viral loads – a consequence of immune activation – to progression of HIV infection to AIDS.

I believe these results support the testing of all HIV positive people for infection with HSV-2, the virus that causes genital herpes. A blood test is required to diagnose genital herpes – as opposed to looking for signs of herpes lesions – because the studies showed a decrease in the HIV viral load both in individuals who have active herpetic lesions and those who do not. In fact, a surprising proportion of those with active genital herpes infection may have never noticed any herpetic lesions at all.

My second recommendation: That those patients whose blood tests positive for exposure to HSV-2 begin daily treatment with either acyclovir or valacyclovir. Our understanding of chronic immune activation and its treatment is incomplete but rapidly growing. I believe the results of these studies in Thailand and Africa support “chronic suppressive therapy” of genital herpes infection in persons coinfected with HIV. 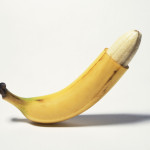 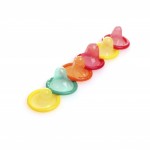