Does Your City Test for Crypto?

Cities are not yet required by the EPA to test for Cryptosporidium in their water supply. Still, some do. Even if the parasite is found, however, little can be done to protext citizens until proper filtration systems are developed. POZ called the water departments of the 10 U.S. cities with the largest numbers of AIDS cases and asked: Do you test for Cryptosporidium?

Boston: A water department engineer said the city does test for Crypto.

Chicago: Water officials in the Windy City were very forthcoming. The city tests regularly, but emphasized that the city’s water comes from two miles off-shore of Lake Michigan—which means the watershed is, in effect, protected. Also, the flow of the Chicago and Columet Rivers is reversed, flowing away from and not into the lake, further protecting the lake from farm run-off.

Houston: One would think a hisotrical cow-town like Houston had good reason to fear Crpyto. The water department says that it tests both raw and finished water for the parasite and, in July, will begin testing every month.

Los Angeles: Water officials test once a month in 15 different locations in reservoiors, tap and pre- and post-treatment sites. The department warns AIDS service agencies immediately if the parasite is detected, instructing the agencies to inform clients to boil their drinking water until further notice.

Miami: The Magic City tested twice last year, in March and in August. They are preparing a more frequent testing schedule now. An official said that the city gets its water from underground, so its watershed is protected and the risk is low.

Newark, New Jersey: A friendly water deparment official said that Newark has been testing regularly for Cryptosporidium for more than a year.

New York City: Small outbreaks of the parasite have bothered the Big Apple since last year. The city tests its source waters once a week, a water official said, and if any Crypto is detected they report the find to the EPA and the New York State Department of Health.

Philadelphia: This is the only city we called that does not test at all. Contrary to data POZ reports in this issue, a Philly official sasy the city’s point-of-entry filtration system protects the city, since the parasite is “common in raw, not finished, water.”

San Francisco: Always an early starter in regard to AIDS, San Francisco began limited testing in 1989 before instituting a regular monitoring system in 1993. The Water Quality Division went as far as faxing POZ an 18-page report of the results of all tests from 1993 and 1994. 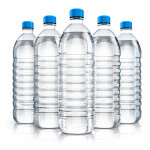 Sometimes my urine is very dark yellow. What does this mean?

Improper Use of a Neti Pot Can Be Fatal