I first met David Kuria, the man on our cover, on his first trip to the United States; he’d come to promote amfAR, The Foundation for AIDS Research’s “MSM Initiative.” (For purposes of disclosure, I am an amfAR board member.) The initiative is an effort to significantly reduce HIV infection and transmission among men who have sex with men (MSM) in resource-limited countries. It supports and empowers grassroots MSM organizations, builds understanding and awareness of HIV among MSM and advocates for effective policies and increased funding to assist local, regional and international efforts to combat discrimination and criminalization. It also tries to increase access to health care and make HIV among MSM a global public health and funding priority. Globally, fewer than one in 20 MSM have access to HIV prevention, treatment and care services. This is due, in large part, to lack of tolerance worldwide for MSM, an intolerance that often leads to violence. 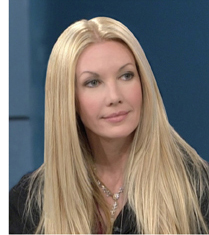 Case in point: the recent surge of gay hate crimes including the high profile murder of Ugandan LGBT rights activist David Kato. Laws against male-male sex exist in nearly 80 countries, but in October 2009, David Bahati, a member of Uganda’s parliament, upped the ante by proposing the “Anti-Homosexuality Bill” (a.k.a. the “kill the gays bill”). As you will read in our feature story (“Fearing No Evil”), the bill would legalize the murder of gay people. A loud international outcry surrounding the bill has kept it hotly disputed and unresolved. Kuria, a former head of the Gay and Lesbian Coalition of Kenya and a current member, and other brave warriors like him, aim to stop such legislation, risking their own lives to protect the lives of others.

Kuria, who is running for the Kenyan Senate, explained the link between gay hate crimes and the spread of HIV. He described how deadly discrimination drives gay men underground, forcing some to make unhealthy choices for themselves—choices that can ultimately prove hazardous to the health of others and therefore the general public. Knowing that one place gay men are forced to hide is in marriage, I asked Kuria (who is not married) how the married gay men he counsels feel about having to lie to their wives. He said they feel terrible, realizing they may be endangering their wives’ health (because many are sexually active with men outside their marriage and don’t use condoms at home), but that they had no choice. If they were not married, people would think them gay and hurt them. If they told their wives, their wives’ lives could be endangered for keeping such a secret, or the gay men’s lives could be endangered because the wives left or outed them.

The solution, it seems, is in not putting men in the precarious position of having to lie in the first place. People should not have to choose between being themselves—and being killed. Instead of punishing MSM for their sexual orientation, we should stand beside our gay brothers (and sisters) promoting human rights for all people, including LGBT people. Because executing gay people does not make the world a safer place for anyone. But killing the Ugandan bill will.