... and with yoga the rest will follow. More than a New Age trend, this time-tested technique can help HIVers cope with pain, relieve stress and boost overall health.

Kevin Kelly has been practicing yoga off and on for nearly 15 years. But it wasn’t until last summer that the 43-year-old HIV positive fitness instructor fully understood the impact this 2,000-year-old Indian movement system could have on his life.

His longtime partner died of AIDS in 1994, and after that Kelly slipped into a lonely existence. He continued teaching at New York City health clubs but, he says, “I had lost my whole purpose in life and my dreams for the future.” Things got worse in 1998 when his health began to unravel. By last June, he found himself in the hospital with a viral brain infection.

Now his health had to become his primary focus. He gave up coffee, added tofu to his diet and began to take yoga more seriously, making it a major part of his treatment plan. “When you really learn how to do yoga,” he says, “it’s so different than exercise. I’m now more in touch with my body, I’m recovering fast and I’ve found a lot of courage as I face this depression.”

In Sanskrit, yoga means “communion,” in other words, a union of the mind, body and spirit. The physical discipline of yoga, called hatha, is composed of about 200 poses (called asanas) that are designed to prepare the body for meditation by instilling a still, restful mind and by building physical strength and stamina. Yoga guru B.K.S. Iyengar has explained it this way: “Yoga is more than physical. It is cellular, mental, intellectual and spiritual -- it involves [one’s] entire being.”

Throughout your yoga practice, remember to breathe -- it’s quite easy to forget while you’re stretching. Try focusing on your breath using these steps from Iyengar:

You may notice a spontaneous continuation of the exhalation during this pause. The way we usually breathe, exhalation is incomplete. With the additional release of breath during this pause, we completely exhale. Maintain this breath awareness while you do yoga, or even use it during the day when you need a calm moment.

Anyone who’s tried to take a yoga class knows that there are a bewildering variety of techniques, but they all work toward the same basic goals. Of the schools, Ashtanga yoga is a demanding approach that emphasizes the flow of movement. Iyengar focuses more on placement and alignment, making for a more precise, detail-oriented practice. Vigorous use of the breath, chanting and meditation are the core elements of Kundalini, while Integral teaches the integration of yoga principles into daily life.

Very preliminary research has found that yoga improves PWAs’ quality of life, and dozens of studies have shown that yoga benefits ailments that some PWAs experience, such as heart disease, high blood pressure, depression and anxiety. For example, in a 1999 study published in the India Heart Journal, yoga was found to help prevent coronary artery disease by decreasing blood sugar and cholesterol levels. Studies on arthritis, carpal tunnel syndrome and chronic headaches and back pain have all found that yoga measurably reduced pain.

All eight HIV yoga instructors interviewed by POZ have found that yoga can help PWAs cope with medication side effects such as diarrhea, indigestion and neuropathy. Since 1988, Denise Johnson has been teaching at Denver’s Yoga Group, an organization that teaches yoga to people with HIV. “I’ve really seen yoga help people deal with the negative side effects of the [antiretroviral] drugs,” she says. “It’s an organic way to help with the digestive problems and the havoc that protease inhibitors wreak on the kidneys.” Many yoga poses, such as twists and inversions, were designed to massage and manipulate the organs, and may in this way help cleanse them.

Yoga’s most important benefit is stress reduction. There has been mounting evidence since the ’70s that stress can degrade health, and a May 1999 study at the University of North Carolina at Chapel Hill found that PWAs with more-than-average amounts of stress got sick two to three times faster. Judith Lasatar, PhD, a physical therapist who has been teaching yoga in San Francisco for almost 30 years, says, “Stress assaults our nervous systems and our endocrine systems all day long. Doing relaxation exercises 20 minutes a day can help us digest and eliminate better and takes stress off the organs.”

The best way to start yoga is to try one of the many free or low-cost HIV yoga classes around the country. Check http://www.yogagroup.org/ for listings in about a dozen cities.

If there are no classes near you, try using a video at home: Living With AIDS Through Yoga and Meditation, available from Kripa West, 403.270.9671, features poses and meditations designed speifically for PWAs, or Living Arts Yoga Journal Video for Beginners, a safe way to begin your own home practice, available from http://www.livingarts.com/

Even low-level stress -- not to mention major events like a hospitalization or a friend’s death -- can set off our body’s “flight-or-fight” response, a physical state of emergency. Once triggered, our blood pressure rises, our metabolism begins to speed up and our blood sugar spikes. According to Ann Webster, PhD, who directs the mind/body program for HIV/AIDS at the Beth Israel Deaconess Medical Center at Harvard University, regular yoga practice helps to reverse these abnormal conditions, allowing the body -- and the immune system -- to function normally. Additionally, she says, yoga can stimulate the release of beta-endorphins, the body’s natural painkillers and mood boosters. “Yoga combats fatigue, it gets your juices flowing, and it increases confidence and self-esteem,” Webster says.

In a society where our esteem is often directly linked to body image, Kelly, like other PWAs interviewed by POZ, says that yoga has helped him, despite illness and the pain of neuropathy, to learn to love his body again. “I’ve really gotten away from being so worried about how I look and pushing my body to go for the burn,” Kelly explains. “Yoga works with my body, not against it.”

For Chicago’s Michael McColly, 42, yoga was the way he reconnected to the body he’d given over to doctors and drugs once he was diagnosed with HIV four years ago. Yoga’s breath work, stretching, muscle strengthening and meditation not only helped him work through his depression, it opened his eyes to the idea that his body was, indeed, his temple. He’s since started teaching yoga to PWAs at Illinois Masonic Hospital’s alternative clinic. “We need to be in charge of our own health,” he says. “In yoga you automatically take charge. And it gives people a way to do something to manage some of this [HIV drug] toxicity.”

What attracted Victoria Hernandez (not her real name), 44, to the practice is that you don’t have to be in great shape to benefit. When she started taking yoga at Women Alive, an LA AIDS organization, she couldn’t touch her toes, and her only exercise was an occasional walk around the block. Yoga was her first introduction to a structured physical program; she sees her weekly classes as a welcome respite from the stress of living with HIV. In one year, her flexibility has improved (she can reach down to tie her shoes) and yoga’s breathing techniques have helped her endure the pain of neuropathy and frequent headaches. “I’d encourage anyone to try yoga,” Hernandez says. “We don’t make enough time for ourselves. Even 10 minutes can make a difference if we just stop and meditate and think about our bodies and nothing else.”

The following gentle poses are designed to introduce you to yoga, increase your flexibility and improve your breathing and ability to relax. Set aside about 45 minutes to try these at home (doing the sequence in order). Stay aware of how your body feels. Listen to your breath and only do what feels good -- relaxation is the key.

What does yoga offer people with HIV?

It gives people a wonderful sense of well-being. People with HIV are used to looking at their bodies in a medical way, but yoga is an antidote to the invasiveness of the medical approach. Instead of always fighting the body, or feeling like it’s fighting them, yoga allows people to feel more at one with their body.

If you’re really suffering and in pain, you want to go out of your body. But the asanas [poses] seem to take people into their body, away from superficial pains. And everyone says they feel much better after.

Why did you begin teaching yoga to PWAs?

I had a lot of students with HIV, and I found myself in a circle of people who were affected. I teach yoga for a living, but the free HIV class is my way of serving.

How would you describe the philosophy of Iyengar yoga, the method you teach?B.K.S. Iyengar’s method is a very intense, very concentrated kind of yoga where you stay in poses for a long time. His philosophy is that we don’t live fully in the moment so we don’t experience our true nature. His method is an experience of being fully present in our bodies in the moment.

About five years ago I found out that I had non-Hodgkin’s lymphoma. After that I really went down. I got PCP twice, while I was getting chemo. I was at zero, just waiting every night, thinking, OK, tomorrow’s going to be the end of it. That was in January 1998. I was very fragile. First I worked on eating and getting healthier, and then I started yoga.

How has it affected you?

I’m absolutely a different person. I’m more focused. Before, I was getting angry over any little thing -- now I just breathe. I see my body differently. I enjoy my body more. In yoga, you keep telling yourself you’re beautiful and life is beautiful, and it stays with you.

Has yoga also helped you physically?

Yes. People with HIV who take medicine are experiencing a lot of problems with the intestines, the stomach, all these horrible things we go through every day. I notice that yoga has changed my habits. In other words, I’ve been able to cut down on Imodium.

Oh, definitely. In fact, I’ve been telling my friends how good it is, especially my friends with HIV who have emotional problems. I say, “You should try yoga, maybe it will help you; it’s been helping me.” You learn how to breathe. And that’s a big deal.

I’ve even cut down on therapy, because I’d rather do yoga. With yoga I feel so relaxed, it’s amazing. When I get out of class, I feel like I’m flying. 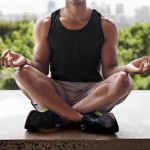 Yoga looks like a waste of time. What am I missing? 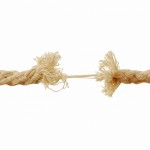 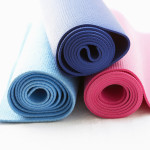