From Roger With Love

Mention James Bond in the same sentence as HIV prevention, and you’ll leave AIDS advocates shaken, not stirred. Mr. Bond has had sex with many dozens of women in his on-screen career, and the only protection we’ve seen him use is his trusty Walther PPK and the occasional jet pack.

These days, however, former 007 Sir Roger Moore—who was appointed as a UNICEF Goodwill Ambassador in 1991—is just one of several celebrities participating in UNICEF UK’s new online AIDS awareness campaign. Its video, a short film called The Gift, calls on G8 countries to stop the spread of HIV from mothers to children in developing countries. Gwyneth Paltrow narrates. “[HIV] is an unwanted gift that’s given to a different baby almost every minute,” Moore says in one advertisement. 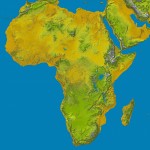 ’All In’ Global Initiative Aims to End AIDS Among Adolescents

Pediatric HIV Is Down, But Insufficient Children Are Treated