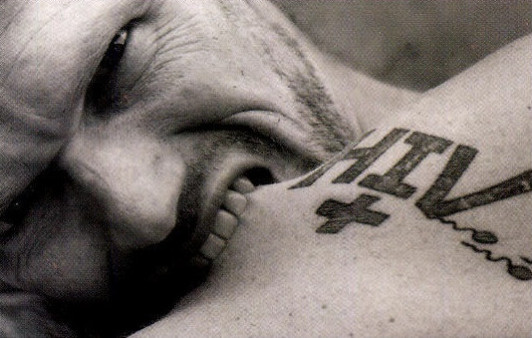 The biggest sex radical of all is gone

Scott’s body was cremated, and his ashes distributed among all who wanted any. In his self-written obituary, he announced that he had “croaked” and asked that people make a donation to “their local sperm bank in lieu of charity.” His life was celebrated at a party thrown by friends at the city’s Radical Faerie house three weeks later, giving many the chance to meet one another for the first time, remember him and interact in ways he would have approved of.

In his 36 years, Scott accomplished a lifetime’s work, never far from the public eye. The youngest of seven children in a small Oregon town, he discovered sex in his teens with an older man, and immediately found his calling. After a year of college in Dallas and a failed marriage in Chicago, he moved to San Francisco with his first lover in 1981. By 1983 he had made his way to Savages, a club with jack-off shows, jumped onstage and earned a job. Soon he was coaxed into a local cock-size competition and won. “The Biggest Dick in San Francisco” went on to appear in 27 sex videos. Scott always smiled when he performed; he wanted viewers to know how much fun he was having.

Scott’s primary passion was for writing. He contributed to several literary anthologies and numerous magazines, including POZ (see page 7- for “Out on a Lymphoma,” which he was revising at his death), DPN and my zine, Polished Knob. His two recent books, Do-It Yourself Piston Polishing (for Non-Mechanics) and Autopornography found readers, and will be followed this year by Rarely Pure and Never Simple, a collection of essays. He also starred in the San Francisco world debt of Making Porn, a play by Ronnie Larsen culled from conversations with Scott. Scott’s own musical play, Ex-Lovers, closed on Valentine’s Day after a successful run at the Theater Rhinoceros.

Scott couldn’t say no to anyone who asked him to write. His humor and humility were equally present in his writing. He never understood what made him so popular as a performer, but accepted it cheerfully. He took his illness lightly as well, dubbing it the Death Spoor.

Many will remember Scott for his prodigious autofellatio-friendly penis and his impish good looks. He will also be remembered for his winning smile, which had the magic quality of looking evil and innocent at the same time. Most of all, I hope people will remember Scott for his intellect and self-expression. He spent his life understanding what makes for good sex and using his sexuality to help people learn about their own. Whether on video or onstage, in print or in the flesh, his legacy is all the knowledge gained from his adventures and discoveries during his rich career as an autopornographer.