July May Be the First Annual National HIV Awareness Month

Each October, it seems the whole word turns pink to raise awareness for breast cancer. Everything from Tic Tacs and football jerseys to garbage cans and coffee cakes comes up pink or covered in pink ribbons. Now, the Coalition for National HIV Awareness Month has called for similar heights of awareness and fund-raising: It is suggesting that July 2012 be dubbed the first annual National HIV Awareness Month. It’s an effort slated to coincide with the XIX International AIDS Conference (AIDS 2012) scheduled for July 22 to 27 in Washington, DC. The conference returns to America for the first time in 20 years, and when tens of thousands of global AIDS advocates, doctors, scientists, activists, members of the media, people living with HIV, celebrities and global health experts arrive in our nation’s capital, the coalition wants to see the town—and nation—painted bright red. Go to RoadtoWashington.com to learn how you can personally support turning July red for HIV awareness. 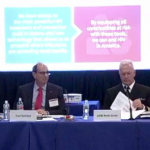 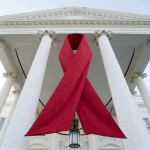