Northern California researchers reported on Tuesday that HIV-positive patients are less likely to benefit from lipid-lowering therapy than their HIV-negative counterparts. According to the Kaiser Permanente team, presenting its results in a poster presentation at the 14th Conference on Retroviruses and Opportunistic Infections, the lower response may reflect limitations in the choices of lipid-lowering drugs due to drug interactions between available options and HIV medications.

Bonus Coverage: AIDSmeds founder Peter Staley recently interviewed Dr. Donald Kotler, chief of gastroenterology at St. Luke’s-Roosevelt Hospital in New York, and a longtime researcher of wasting, lipodystrophy, and metabolic problems in people with HIV. Click here to hear more about whether lipid-lowering drugs work well for HIVers. High lipid levels – blood concentrations of cholesterol and triglycerides – are frequently seen in HIV-positive patients, especially those receiving antiretroviral therapy. These lipid elevations, along with other risk factors like obesity, diabetes, family history, and smoking, are associated with an increased risk of cardiovascular disease (CVD).

Medications are widely available to reduce lipid levels and can help reduce the risk of CVD. However, data have been limited with respect to their effectiveness in HIV-positive patients.

The ATP III guidelines list goals – total cholesterol, LDL cholesterol, and triglyceride levels – that patients should aim for in order to significantly reduce their risk of CVD. According the Kaiser Permanente research, the HIV-infected patients were less likely to achieve these lipid goals, compared to HIV-negative patients, for all categories.

While the authors were cautious not to suggest that some statins are more effective at reducing cholesterol than others, they did indicate that the potential for drug interactions between antiretrovirals and lipid-lowering medications limits the ability of HIV-positive patients to try difference drugs to achieve maximum cholesterol and trigycleride reductions. 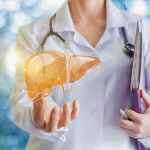 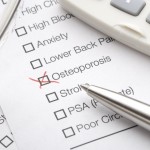 People With HIV More Likely to Have Various Other Health Conditions