The American Civil Liberties Union (ACLU) sent a letter in September 2007 to Alabama Department of Corrections Commissioner Richard F. Allen about discriminatory practices against HIV-positive inmates in the state. The ACLU cited, among other complaints, reports that HIV-positive prisoners weren’t allowed to attend religious services with HIV-negative prisoners, and were forced to meet with their families in segregated rooms.

The ACLU says Allen has since worked to integrate HIV-positive Alabama prisoners. However, Margaret Winter, associate director of the ACLU’s National Prison Project, says HIV-positive inmates are still being excluded from Alabama work-release programs. “Work-release programs make a very big difference in terms of prisoners’ ability to reestablish themselves in the community,” Winter told POZ. “It’s truly shocking in the year 2008 that [a person] would be denied access to the programs simply because they have HIV.”

Prison officials say that HIV-positive prisoners are excluded from out-of-facility programs because the inmates must be monitored while taking their medications—which they say they can do only on prison grounds. Winter adds that the ACLU hopes that the work-release exclusion will be removed soon and that the group is prepared to take legal action. “It’s a violation of the Americans with Disabilities Act,” she says. “We can’t wait forever.” 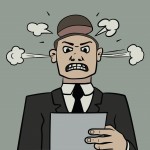 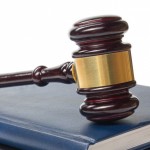