HIV and Testosterone Therapy: Not Without Blood Cell Risk

Men living with HIV undergoing testosterone replacement therapy (TRT) should have their red blood cell count monitored regularly, according to a brief research letter published online ahead of print by the journal AIDS. The authors, from Weill Cornell Medical College in New York and the University of North Carolina (UNC) Medical School in Chapel Hill, warn that TRT is associated with an increased risk of polycythemia—the over-production of red blood cells, which can lead to life-threatening blood clots.

The connection between TRT and polycythemia is not new. It has been well established in previous studies and is more likely to occur among those using injectable testosterone compared with those using topical gel versions of the hormone. Smoking can also increase the risk of polycythemia among TRT users.

What hasn’t been explored in detail is whether people living with HIV using TRT also face an increased risk of polycythemia.

Turning to the medical records of a little more than 6,000 men and women living with HIV receiving care through the Center for Special Studies at New York-Presbyterian Hospital-Weill Cornell Medical Center in New York, Charles Kyriakos Vorkas, MD, of UNC and his two Weill Cornell colleagues—Carlos Vaamonde, MD, and Marshall Glesby, MD—documented 25 patients with polycythemia. Twenty-one were men included in the final analysis, each of whom were matched with two individuals without polycythemia for comparison purposes.

Polycythemia was defined as a hemoglobin level that remained above 18.5 grams per deciliter (g/dL) in men and above 16.5 g/dL in women for eight weeks or more.

Fourteen (67 percent) of the men had used TRT within two months of the polycythemia diagnosis, compared with nine (21 percent) of the control patients. TRT was administered most commonly via intramuscular injections in those with polycythemia; in fact, the condition was associated more strongly with injections than with topical TRT.

Cigarette smoking was more common among polycythemia patients compared with controls (48 percent versus 38 percent, respectively), though it was unclear from the reported data whether it was independently associated with an increased risk of the disorder.

Fortunately, no blood clotting or other cardiovascular problems were documented in the patients evaluated in the study. However, the investigators write, “we cannot exclude the possibility that polycythemia is clinically important given our small sample size, limited duration of follow-up, and predisposition of HIV-infected patients to atherosclerotic and thrombotic disease.”

In conclusion, the authors write, “HIV-infected patients taking testosterone should undergo routine hematologic monitoring and adjustment of testosterone dose or cessation of testosterone therapy as appropriate based on hemoglobin values.” 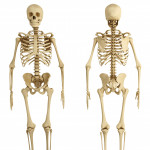 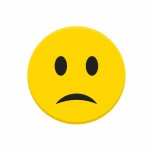