A Shred of Understanding

An essay by an HIV-negative public health advocate with over 20 years in the fight against AIDS on why providers must transcend empathy. 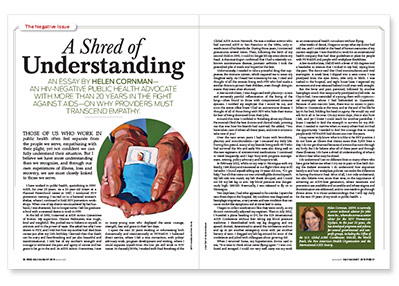 Those of us who work in public health often feel separate from the people we serve, empathizing with their plight, yet not confident we can fully understand their situation. But I believe we have more understanding than we recognize, and through our own experiences of illness, loss and recovery, we are most closely linked to those we serve.

I have worked in public health, specializing in HIV/AIDS, for over 25 years. As a 20-year-old intern at a Planned Parenthood center in 1987, I conducted HIV prevention training. I moved on to a battered women’s shelter, where I continued to hold HIV prevention workshops. When one of my clients was murdered by her husband, I was shattered, but no longer naive. I left for graduate school with a renewed desire to work in HIV.

In the fall of 1990, I interned at AIDS Action Committee of Boston. My supervisor, Dianne Perlmutter, was tough, kind and insightful. She pushed me to believe in myself, in activism and in the power of tears. She asked me why I was drawn to HIV, and I told her how my mother had died from cancer just after my 12th birthday. I learned then that death can be scary and heartbreaking and yet also beautiful and transformational. I told her of my mother’s strength and courage to withstand the pain and agony of cancer and her grace to let go in the end. At AIDS Action Committee, I met so many young men who displayed the same courage, strength, fear and grace in their last days.

I spent the next 20 years working or volunteering both domestically and internationally in HIV/AIDS. I balanced direct service, where I felt a true connection, with policy/advocacy work, program development and writing, where I could separate myself from the loss yet still work in HIV issues. In the early 2000s, I worked with Paul Boneberg of the Global AIDS Action Network. He was a tireless activist who had survived AIDS in San Francisco in the 1980s, only to watch most of his friends die. During those years, I contracted pneumonia several times. Then, following the birth of my second child in 2002, I could no longer lift my arms above my head. A rheumatologist confirmed that I had a relatively unknown autoimmune disease, psoriatic arthritis. I took the prescribed pile of meds and hoped for the best.

Unfortunately, I needed to take a powerful drug that suppresses the immune system, which required me to wean my daughter early. As I heard her screaming for me, I cried and thought of all the women living with HIV who had made a similar choice to protect their children, even though doing so meant they were often shunned.

A few months later, I was diagnosed with pleurisy—a rare and extremely painful inflammation of the lining of the lung—often found in those with compromised immune systems. I notified my employer that I would be out, and soon the entire office knew I had an autoimmune disease. I thought of all of those living with HIV who hide their status for fear of being dismissed from their jobs.

Around this time I confided to Boneberg about my illness. He insisted I find the best doctors and clinical trials, pointing out that was how his friends had survived. He added, “You have taken care of others all these years, and now it is time to take care of you.”

Over the next seven years I had bouts with bronchitis, pleurisy and costochondritis—yet I resumed my daily life. During this period, many of my friends living with HIV who had survived the ’80s and early ’90s were also doing well on the new regimens of antiretroviral medications. I continued to travel frequently, and I kept busy with program management, writing, policy advocacy and hospice work.

In February 2012, while on my way to Nicaragua with my family, I felt dizzy and nauseated at our flight’s first stop in El Salvador. I found myself telling my 12-year-old son, “Go get help,” but all that came out was unintelligible slurred speech. My left side was numb, my left cheek drooped, and I could not lift my left leg or arm. My blood pressure was dangerously high: 180/120. Eventually, I was released to fly on to Nicaragua.

Two days later, I had what appeared to be a stroke. I spent the next three days in the hospital. My condition was diagnosed as hemiplegic migraines, a very severe and rare condition that can cause stroke-like symptoms and at times lead to coma.

I began to collect medications like they were candy, as my doctors continually adjusted my regimen. Then in July 2012, I boarded a plane heading to DC for the XIX International AIDS Conference without first taking my blood pressure medicine. I disembarked with my leg dragging and my speech slurred, determined to attend the conference and not end up in yet another emergency room with yet another battery of tests. I dragged my left leg around for most of the conference and joked with colleagues about growing old. 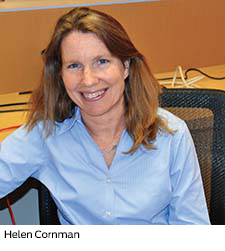 When I returned home, my hypertension doctor said to me, “It is time to think about never flying again.” I was confused and enraged. I could not very well carry out my work as an international health consultant without flying.

After weeks of denial, I began to accept what my doctor had told me, and I confided in the head of human resources of my current employer. I was thankful to work for an international health company that had clear guidelines in place for people with HIV/AIDS and people with workplace disabilities.

A few months later, I fell ill with a fever of 103 degrees and a headache so intense that I rocked in my bed, crying from the pain. The doctor said that I had mononucleosis and viral meningitis. A week later, I slipped into a semi-coma. I was paralyzed from the eyes down, able only to blink. I was rushed to the hospital, and eight hours later, I regained my movement and was released before I could even walk straight.

But the fever and pain persisted, followed by another hemiplegic attack that temporarily paralyzed my left side. As I lay in bed, I was reminded of a young client with cryptococcal meningitis whom I had befriended in Guatemala. Because of anti-narcotic laws, there was no access to painkillers in Guatemala at the time, and at the end of his life he lay in his bed, holding his head in agony. He would cry and ask for it all to be over. On my worst days, this is also how I felt, and yet I knew I could reach for another painkiller. I knew I needed to find the strength to survive for my children. I needed to survive when so many others had not had the opportunity. I needed to find the courage that so many people with HIV/AIDS had shown me over the years.

I may never truly know what it is like to be HIV positive. I do not have an illness that claims more than 5,000 lives a day. I do not get shunned because of a virus that runs through my body. But I do believe after all of these years and through these illnesses, I do have a shred of understanding of what it is like to fear what may lie ahead.

I do understand I am no different from so many others who have gone before me when I cry out in pain or lose faith during the darkest moments. I do understand how important family is and how workplace policies can make the difference in having the time to heal. Most of all, I not only understand, but also believe now, more than ever, in the importance of achieving an AIDS-free generation, where treatment and prevention are available and accessible and where stigma and discrimination are addressed, and no one needs to go through illness alone. It is those understandings that I will tap daily for the next 25 years of my work in public health.

Helen Cornman, MSW, is currently a senior technical advisor for John Snow Inc., where she serves as senior editor for the HIV Prevention Update. In the past 20 years, she has developed programs and policies for several governmental and nonprofit groups, including the Office of the U.S. Global AIDS Coordinator, USAID, the World Bank, the Pan American Health Organization and the International AIDS Society. 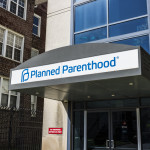 Title X, the Domestic Gag Rule and the HIV Response 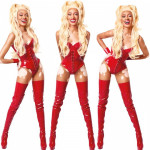