Lately, Hershey’s chocolate is leaving a sour taste in our mouths. The AIDS Law Project of Pennsylvania recently filed a suit against The Milton Hershey School after it rejected the application of a 13-year-old student who has HIV. The school is a free private boarding school for low-income students that’s funded by a trust established by Milton S. Hershey, founder of the Hershey Chocolate Company. While the boy met the school’s eligibility requirements, he was  denied admission because his “documented needs are beyond the scope” of school programs. According to a statement on the school’s website, there was a concern that the HIV-positive youth would engage in sexual relations with another student that would result in the transmission of HIV.  Instead of choosing to educate themselves and their students, the school’s leadership has chosen to shut its minds—and the school’s doors. What a terrible waste of a teaching moment. 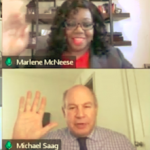