Although India has succeeded in reducing its HIV rate by 50 percent overall in the past decade, a high HIV rate persists among men who have sex with men (MSM) and transgender people, Agence France Press (AFP) reports. The National AIDS Control Organization (NACO) estimates that 7.3 percent of MSM are HIV positive, compared with 0.31 percent of the general population. Advocates say that homophobia and ignorance are major contributing factors to this highly disproportionate HIV rate. 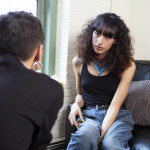