September 29, 2006 (AIDSmeds)—New follow-up data from a clinical trial evaluating Merck’s experimental integrase inhibitor MK-0518 in HIV-positive people who have tried and failed other HIV medications in the past indicates that the drug is effective in terms of reducing viral load for at least 24 weeks. The study, evaluating an optimized background regimen (OBR) combined with either MK-0518 or placebo, also suggests that drug combinations containing MK-0518 are relatively well tolerated.

The results were reported Friday during a late-breaker presentation at the 46th Interscience Conference on Antimicrobial Agents and Chemotherapy in San Francisco. Twenty-four weeks of follow-up data were reported by Beatriz Grinsztein, MD, PhD, of the Evandro Chagas Clinical Research Institute in Rio De Janeiro, Brazil. Sixteen-week data from the trial were reported at the 13th Conference on Retroviruses and Opportunistic Infection (CROI) in Denver in February and arrive on the heels of encouraging results from a another study, reported at the XVI International AIDS Conference in Toronto, evaluating MK-0518 in HIV-positive people starting therapy for the first time.

The clinical trial compared MK-0518/OBR to placebo/OBR with respect to changes in viral load and CD4 (T4) cell counts, along with safety and tolerability. Enrolled study volunteers received one of three doses of MK-0518 (200mg, 400mg, or 600mg) or placebo – both taken twice daily – plus OBR consisting of available HIV drugs that were selected using drug resistance testing.

Twenty-four week follow-up data were available for 178 patients enrolled in the study. On average, these patients had been on some form of HIV therapy for nine years and had viral loads between 40,000 and 70,000 upon entering the trial. Their CD4 cell counts, prior to beginning either MK-0518 or placebo, ranged from 220 to 274.

A number of patients enrolled in the study used OBR that, according to the results of drug resistance testing, was not active against their highly drug-resistant virus. In other words, these patients were essentially using only one active agent: MK-0518. After 24 weeks, between 46% and 62% of these patients had viral loads below 50. None of the patients combining placebo with ineffective OBR had viral loads below 50.

MK-0518, at all doses studied, plus OBR was reported to be generally well tolerated and comparable to placebo plus OBR. The most common side effects were diarrhea, nausea, fatigue, headache, and itching. Four patients discontinued treatment due these (or other) adverse effects. 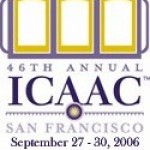