Un-Southern Hospitality
Carl Gaines’s “Southern Discomfort” (January/February 2011) detailed the myriad factors that fan the flames of the HIV epidemic in the American South—and the challenges we must overcome to keep HIV rates from rivaling those in South Africa.

This article is interesting. I never really gave any thought to the impact HIV was having on the South. I’m aware that people don’t like to talk about homosexuality or HIV/AIDS in the African-American community, [and that it is] quite difficult trying to convey a message of enlightenment when you have others using religion as a form of oppression. This is why I’ve been fighting to combat this ignorance, but the battle is trying.

I’ve lived in Alabama, Georgia, Louisiana and Florida. The level of HIV health care varies widely from state to state. The UAB 1917 Clinic in Birmingham has amazing care, whereas the clinic here in Sarasota is basically milking Medicaid/Medicare. In Louisiana, HIV care is through the parish charity hospitals; they are underfunded. There are 159 counties in Georgia. Each county is ruled locally, and therefore most have no HIV services at all.

Survival Skills
In the POZ Q&A “Savvy Survivor” (January/February 2011), Eric Sawyer, cofounder of Housing Works and a current staffer at UNAIDS, discussed 30 years of surviving HIV and fighting for the lives of others living with the virus.

I had the great pleasure of knowing Eric back in the ’80s when his partner was dying, and I am not surprised by all he has accomplished in his life. Thank God he is a long-term survivor like myself. Eric, thank you for the work you do.

Congratulations on your milestone achievement, having transcended time with this disease. I contracted HIV on my 17th birthday and will be 48 this year. Thank God for your longevity and ability to inspire hope in others. I applaud your efforts, as I continue to celebrate my own life.

Reaching Out
In “Heartland Hero” (January/February 2011), Josh Conrade, the development assistant at Minnesota AIDS Project, told POZ that he grew up believing in helping those in need. That belief led him to join the fight against HIV/AIDS.

This is inspiring. Thank you for the work that you do, Josh. Know that there are many people who appreciate all that you do.

This is a fantastic example of what it means to be a hero. Thanks, Josh, for all of your work. Your passion and dedication are truly inspiring.

I need serenity now after reading again about a grant and study from our government that is full of bullshit. For years and years many have been asking for testing and treatment in state and federal prison systems. You do not need to have a PhD to know that prisons are a hub for HIV infection and that testing and treatment is humane and the right direction to go. But [we’re left with the same problems we had] in the past, when Governor [Jeb] Bush in Florida stated there will be no mandatory testing or treatment in Florida because it will disturb our budget. 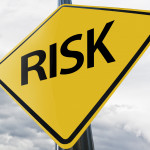 Black and Latino People Have a Higher Lifetime Risk of HIV