A nutritional supplement developed by Danone—a French food company known in the United States as Dannon and most recognized for its dairy products—might slow the decline of CD4 cells in people living with HIV not yet receiving antiretroviral (ARV) therapy, according to new study results reported September 14 at the 49th Interscience Conference on Antimicrobial Agents and Chemotherapy (ICAAC) in San Francisco. According to a news release from Nutricia, Danone’s parent company, the results of the 52-week study testing the nutritional compound currently known as NR100157 exceeded the company’s expectations and is likely to be developed further.

In 2007, Nutricia started the international BITE study—a clinical trial comparing NR100157 with placebo in 340 people living with HIV not yet on ARV therapy in Australia, Argentina, Brazil, Italy, the Netherlands, Thailand, the United States or the United Kingdom. About half of the 340 patients enrolled received the NR100157, which is produced as a powder and dissolved in liquid or mixed in food.

About halfway through the study in 2008, a planned interim analysis involving 52 weeks of follow-up was conducted by the researchers, including Pedro Cahn, MD, PhD, of the Buenos Aires University Medical School in Argentina, who presented the preliminary findings at ICAAC.

Twenty-five of the 168 study volunteers randomized to receive NR100157 dropped out of the study because they needed to begin ARV therapy. In the placebo group, consisting of 172 study volunteers, 29 dropped out so that they could start ARV treatment. More than twice as many people living with HIV in the NR100157 group, compared with those in the placebo group, quit the study because of possible side effects, notably bloating and flatulence.

Despite high rates of discontinuation during the first half of the two-year study, Cahn and his colleagues noted encouraging differences between the two groups. In the NR100157 group, the average CD4 decline during the 52-week follow-up period was 28 cells, compared with 68 cells in the placebo group—a difference of 40 cells that just managed to qualify as statistically significant.

Based on these results, an independent Data Safety Monitoring Board (DSMB) recommended that the study be stopped prematurely. What remains unclear, however, is why a study of this nature would be stopped when there is little evidence of harm, limited commercial access to the tested agent and a desire for long-term follow-up data from studies of nutritional supplements. 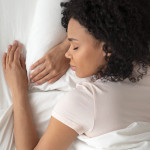