Public health officials in Ottawa, Canada, warned that a private clinic’s failure to properly clean surgical implements may have resulted in exposure to HIV, hepatitis B and hepatitis C, according to CBC News. Nearly 7,000 patients who received endoscopic procedures between April 2002 and June 2011 were sent notices advising them to get tested. The estimated chance of infection during such a procedure is low: one chance in a million for hepatitis B, one in 50 million for hepatitis C and one in 3 billion for HIV. So far, no infections have been confirmed relating to a procedure at the clinic. 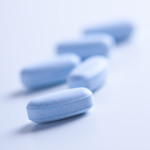 On-Demand, or 2-1-1, PrEP Prevents HIV Even When Sex Is Infrequent