Forty-eight weeks of therapy with Selzentry (maraviroc), combined with an optimized background regimen (OBR), is associated with greater viral load reductions and CD4 count increases compared with placebo among HIV-positive patients with limited treatment options due to drug resistance. These new data, from one of two major studies of Pfizer’s CCR5 entry inhibitor, were presented this week at the 47th Interscience Conference on Antimicrobial Agents and Chemotherapy (ICAAC) in Chicago.

Selzentry, an oral entry inhibitor approved by the U.S. Food and Drug Administration in August, is specifically active against virus that uses the CCR5 receptor. While some HIV-positive patients, notably those who have been infected with HIV for several years, have CXCR4-receptor using virus, laboratory tests—including Monogram Bioscience’s Trofile assay—are available to help determine which receptor their virus is targeting before they begin treatment with Selzentry.

All patients enrolled in MOTIVATE-1 had tried and failed drug regimens involving all three classes of oral HIV drugs and had viral loads above 5,000 while on their previous treatment regimen. They were randomized to once- or twice-daily Selzentry, or placebo, in combination with an OBR (made up of three to six approved HIV drugs).

The 48-week results from MOTIVATE-1 were reported at ICAAC by the University of California, San Francisco’s Jacob Lalezari, MD. While final data from MOTIVATE-2 have not yet been reported, 24-week results from both studies were discussed at the 14th Conference on Retroviruses and Opportunistic Infections earlier this year in Los Angeles.

Patients’ average viral load upon entering the study was 4.87 log and the average CD4 count was 176 cells. Between 65 and 75 percent of patients were using OBR that contained at least two active agents, with approximately 45 percent using Fuzeon (enfuvirtide) and 11 percent using Aptivus.

CD4 counts increased by 54 cells in the placebo group, compared with CD4 gains of 113 cells in the once-daily Selzentry group and 122 cells in the twice-daily maraviroc group.

Similarly, those who combined Selzentry with at least one drug to which their virus was completely sensitive were much more likely to respond favorably to treatment. Among those using Fuzeon for the first time, between 61 and 64 percent of those in the Selzentry group had viral loads below 50 copies after 48 weeks. As for patients who had either used Fuzeon prior to study enrollment, or had documented resistance to the drug, only 25 to 32 percent of those using Selzentry-based regimens had undetectable viral loads after a year.

Side effects were similar in all three treatment groups. The only notable differences were slightly higher rates of upper-respiratory-tract infections and cough among those in the Selzentry groups.

Given that CCR5 inhibitors target a cellular receptor instead of a viral enzyme, drug resistance is thought be much less of a problem with Selzentry. However, there has been evidence of patients’ viruses switching from CCR5-tropic to CXCR4-tropic while a CCR5 inhibitor is being used. As was summarized in a separate presentation at ICAAC, such switches are associated with Selzentry treatment failure but without other untoward effects.

In summary, Selzentry plus OBR is associated with significant long-term virologic control and CD4 count increases in treatment-experienced patients. Compounded by its comparable safety profile to regimens consisting of currently approved antiretrovirals, Selzentry’s approval for the treatment of drug-resistant HIV is clearly good news. 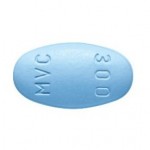 Selzentry as PrEP Is Safe and Well Tolerated Among Women 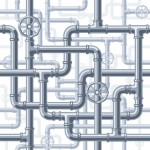 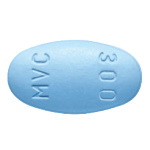 Selzentry (Maraviroc) Shows Promise as an Alternative to Truvada as PrEP