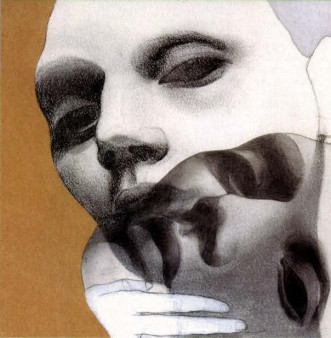 Take This Mug and Stuff It

Want your pre-lipo face back? You have options—though few are approved, none are perfect and all cost plenty. Still interested? Thought so. Tim Murphy fills you in.

I’d been on meds five years and hadn’t thought that much about my face until I developed a photo of myself to put online,” writes Robert, 50. “Oh my God! I looked awful. I wouldn’t touch me, let alone ask anyone else to. I was very depressed by that.” His lament is echoed by countless HIVers on combo therapy who have watched their faces sink in.

Doctors call it “facial lipoatrophy,” one of the fat-distribution disorders known as lipodystrophy; the cause remains one of the burning questions of current HIV research. A number of drugs have been tagged, especially certain combinations of protease inhibitors and NRTIs, but not everyone on these drugs is hit by face or body changes. And not everyone who switches off the drugs gets their face back…at least so far. That’s why many HIVers are exploring various cosmetic work to regain some or all of their former “normal” look. Gay rags nationwide abound with ads touting the latest treatments, and the “lipodystrophy” group on www.yahoo.com resounds with clashing testimonials and cautionary tales. POZ decided to probe the options—and found a wild and woolly trove of treatments, only some of which are FDA-approved, legal, available in the U.S. and/or affordable. (Your HMO or Medicaid likely won’t cover any such “cosmetic” work till HIVers make a major ruckus.)

Facial lipoatrophy leaves HIVers with sagging skin, and a few said their faces looked better after a typical facelift. But according to Jeffrey Roth, MD, a Manhattan dermatologist who’s worked on dozens of sunken HIV faces, it doesn’t solve the underlying problem: “The skin hangs because of a lack of fat, so the face looks tighter but even more skeletal.”

The answer is facial fillers made from three kinds of material —biological, synthetic or synthetic removables, each with a hitch. Biologicals are biodegradeable, hence temporary. Synthetics last but present complications. Re-movables are just that, but require invasive surgery and recovery time.

Which to choose? Doctors are divided. Roth, for one, treats only with temporaries like collagen, not just because permanents like silicone are risky but because “five years from now, if we understand lipo, the people with permanents are going to be in big trouble.” But dermatologist Derek Jones, MD, Los Angeles’ go-to guy for HIV facework, disagrees that shrunken faces may reverse naturally. He says that research from the ’70s on strongly suggests that liquid injectable silicone is safe, and that newer, more purified versions are yet safer. The real danger, he says, is when HIVers go out of the U.S. or under the FDA radar for work “with substances that have little clinical data.” Still, in e-mails to POZ, many HIVers who could afford it said they’d jetted to Rio and Tijuana to do just that, after temp jobs had barely improved their wasting, but wasted their wallets.

Temp, perm, approved and afar, here’s the the whole buffet. Got the bucks? Call the HIV-facework-savvy MD nearest you (see “Face Savers” below) and ask what’s on the menu:

“Zyplast”: A Brand Moo You

What is it? Bovine collagen—protein harvested from cowhide.
How does it work? If tests show you’re not allergic to the product, it can be injected into your cheeks—a 15-minute procedure.
Happy face: There’s very little swelling—you can go out that night. And it’s temporary—sans regrets.
Sad face: You will need it again every three months to two years depending on how severe your lipoatrophy is.
FDA approved? Yes.
Cost: $600–$2,000 per session.

What are they? Gristle or skin from human cadavers mixed with collagen and elastin proteins. Appetizing, eh?
How do they work? Like collagen injections.
Happy face: They’re alternatives for people allergic to collagen. Allergic reactions are rare. You can show your face soon after. And they’re temporary —no regret factor.
Sad face: Unlike collagen, they cause pain and swelling; like collagen, they’re temporary, from three months to two years.
FDA approved? Yes.
Cost: Fascian’s about the same as collagen, Cymetra’s three times as much.

What is it? A purer formulation of silicone, a nonbiodegradable industrial lubricant, controversial ever since it began beefing up boobs in the ’60s.
How does it work? Over six to 10 visits, microdroplets are injected into the cheeks, stimulating the growth of natural collagen.
Happy face: Nonallergenic and generally sterile. Can give very smooth, pleasing results. San Francisco HIVer Joe Hall, 41, swears by Silikon 1000 (ask him about it at joe.hall@sen.ca.gov).
Sad face: It’s permanent, and may cause discoloration at injection site, inflammation, unsightly bumps as big as marbles called granulomas, even small tumors. Or the silicone can “migrate” from the cheeks, settling in the jowls or the liver.
FDA approved? Not for facial use, but by law, if a product’s approved for one thing docs can use it however they want. Trials are underway for the facial use of SilSkin (for more info, visit www.richard-james.com).
Cost? About $700 per visit.

What is it? Polylactic acid, a synthetic sugar.
How does it work? Powdery New-Fill is mixed with a solution and then, after local anesthesia, injected into the skin in microdroplets, where it stimulates collagen growth. Requires four or five visits a month apart.
Happy face: In several small European studies, New-Fill got good marks for giving HIVers a smoother, fuller face.
Sad face: Jury’s out on whether it’s permanent.
FDA approved? No. The FDA stopped letting the buyers’ club DAAIR (www.daair.org) distribute New-Fill in 2001, but some docs said they had heard that DAAIR was still selling it. (DAAIR didn’t return calls from POZ). Otherwise, you have to bring it back from Europe (visit www.new-fill.com for distributor contacts) or Mexico City. It will also be available to a few HIVers via a handful of MDs, including Gervais Frechette in New York and Douglas Mest in LA, who are arranging studies with the FDA and Dermik (www.dermik.com), New-Fill’s would-be U.S. distributor, to submit data toward FDA approval.
Cost: About $750 per visit ($250 per kit plus treatment).

What is it? It’s a gel of 97 percent water and 3 percent synthetic polymer (click on www.polymekon.it).
How does it work? After it is facially injected (30 to 90 minutes, two to three visits), a cell membrane forms to keep it in place.
Happy face: A dozen HIVers e-raved about getting their faces back at Clinic’ estetica in Tijuana, Mexico (www.clinicestetica.com), under the care of charismatic non-MD Anna Love. One HIVer’s success story is featured at www.houstonbuyersclub.com. And Bio-Alcamid’s fans claim it’s nonallergenic, doesn’t migrate like silicone and can be removed with a simple syringe.
Sad face: Despite HIVers’ praises, POZ found no U.S. doc who either works with or vouches for it.
FDA approved? No way, José.
Cost: $3,000–$4,500 (plus the trip to Tijuana, of course).

For many more face-saving methods—from fat harvesting to soft-foam implants, approved or not—click here. And tune in next month when “Partner” runs Lipo Service Part 2, in which HIVers and their HMOs go face to face (ahem).

Folks told POZ all these docs do HIV facework: