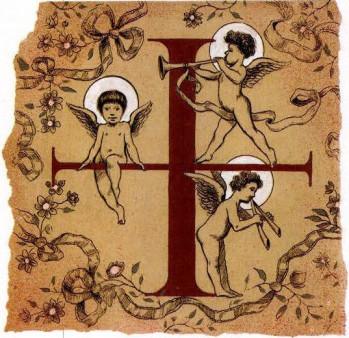 Valentine’s Day, as we all know, was invented by St. Valentine, who was, apparently, the Patron Saint of Extraneous Marketing. Still, I celebrate it like the proverbial chicken with its head cut off: a flurry of cards, trinkets, tiny gifts and phone calls to people just to let them know I care. I am a glutton for holidays; if there were cards for Arbor Day my friends and family would be getting miniature representations of sumac and milkweed in the mail. Valentine’s Day, however, is especially dear to my heart because, as an HIV-positive female, I am blessedly exempt from the crazed outpourings of bitterness, bile and disappointment elicited on February 14 in the so-called “normal” world. There, love is not just strange -- it’s nasty.

In the hetero world as presented in a million women’s magazines and acted out by the Sex and the City girls, women are constantly chasing commitment-phobic men and expressing hysterical cynicism when these men don’t want to commit. It’s a market, they say, and they are constantly up against newer models (literally). In this world-view, women are desperate, anxious, scheming creatures whose careers are only buffers against the intense loneliness and despair of living without a man and children. Still, she can’t settle for just any man. He has to make more money than her and provide household help, a summer getaway, travel opportunities and exceptionally gifted offspring -- an Alpha-male trophy as testament to her feminine power.

Meanwhile, call-in radio shows echo with the constricted, clipped voices of so-called “nice” guys who can barely contain their rage. Women, they say, only like the bad boys or the rich boys. A nice, hard-working, decent man doesn’t stand a chance what with all the crazy, masochistic women out there who only want to be mistreated. Mr. Nice Guy never questions his own choice of women or imagines what he looks like when he shows up on a first date with a chip on his shoulder the size of Chicago. Of course not.

Is it any wonder I am delighted to play an entirely different game? My HIV status has offered me a way out of all those narrow expectations. Because of this small, powerful microbe, I can’t afford to judge people by their profession, their looks or their bank accounts. I like to think -- stripped of the fantasy of romantic perfection -- I’ve been given the gift of “rational sight” in choosing my partners. (And believe me, I made some pretty irrational choices back in the good old days.) Now the mating game comes down to an emotional, rather than a material, version of the question: “What can you do for me?” (As for what I can do for you, the possibilities are endless.)

I’d rather shack up with a carpenter who treated me with care and kindness than live in luxury with a lawyer who refused to tell his parents about my HIV status. I also know that the trophy husband all the other girls are hunting for -- the investment banker, the doctor, the young entrepreneur -- may not exactly be looking to hook up with me and my microbe, either. Fine. Give me la vie bohème.

My current boyfriend makes only as much money as I do (and if you, dear reader, are an IRS employee, let me tell you -- we’re talking low five figures here). By all accepted standards, we’re marginal at best. Know what, though? Ultimately this choice has less to do with my HIV status than my dislike of the compelling comforts and amoeba-like sprawl of the mainstream -- and yes, those heinous courtship rituals mentioned earlier. Carrie Bradshaw and her crew can play the crying game if they want to. I am happy and in love right here in the margins.

So this is, if anything, a Valentine to the virus, as perverse as that may sound. By giving me something that the “normal” world fears, it has kept me safe from the “normal” world’s snares and distortions. Kill me one day it might -- certainly it’s caused me a good deal of struggle, shame and secrecy -- but it was in overcoming these challenges that I was able to find myself on my feet. And the truth of the matter is, once you find your own happiness, love comes easy.