Exposed Sero-Negatives may hold key to cure, but the CDC and activists pooh-pooh Dada data.

What if everything we thought we knew about AIDS was wrong? That’s what a few noted researchers are muttering as they scratch their heads over a decade’s worth of scattered science suggesting that some people exposed to HIV, and even a few infected with the virus, do not develop HIV antibodies. Dubbed Exposed Sero-Negatives, or ESNs, because they test negative on the standard blood tests, these people are either touched by angels or ticking time-bombs. But in addition to holding the potential key to natural protection against HIV and other immune-boosting breakthroughs, these scientific conundrums may pose a very real threat not only to sex partners but to the principles of safe sex and the nation’s billion-dollar blood-supply industry. Given its far-reaching relevance, some virologists say, the CDC has shown remarkably little interest in ESNs. “This issue has been known about for at least 12 years,” said Joseph Sonnabend, MD. “Great evidence has been presented at meetings, and the CDC has always downplayed it.”

One of the first studies to confirm that HIV can infect and be integrated into the DNA of certain individuals without activating the virus or producing antibodies was done by Mario Clerrici, MD, at the NIH. Follow-up studies of different risk groups confirmed these findings in the Journal of the American Medical Association in 1994. Further reports in 1998 from the University of Washington and the Sydney Blood Bank Cohort found that measures of immune activity were similar to responses in animals protected by experimental AIDS vaccines. Repeated exposures to HIV, scientists theorize, have, like vaccines, triggered a priming of the immune system that keeps the virus in check. As a result, most ESNs may never seroconvert, although some in the Sydney cohort, as of September, showed CD4 declines and other signs of HIV disease progression.

New Yorker Steve Crohn, who learned he belonged to the exclusive ESN club in 1994 when it was discovered that he had a gene mutation that literally blocks HIV from making it to the infection stage, bemoans the lack of action in the lab. “They haven’t gotten very far in coming up with a test for people in my circumstance, let alone looking at whether we can transmit HIV to others in sex,” he said. So mysteries abound, but according to Crohn, there’s no mystery as to why the industry is investing in ESNs’ vaccine potential rather than attending to such conerns as Crohn’s: Follow the money. 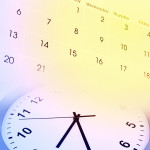 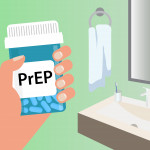