What’s a nice ACT UP activist doing at Stanford Law?

I find myself liking the attractive young man sitting in front of me.

I like the way he carefully phrases his sentences. I like the fact that he looks like a young Republican stockbroker. I like the fact he is angry and frustrated, as confused and as militant as any activist worth his salt.

Tom Keane, 26, was in on the ground floor of the once hugely powerful AIDS advocacy group, ACT UP/New York, the mother of all ACT UP chapters. Keane was widely known as one of two men who broke the consecrated host at St. Patrick’s Cathedral (the other was New York City gallery owner John Wessel who then proceeded to throw the host over the worshippers? In the legendary December 1989 demonstration that involved some 5,000 activist inside and outside the famed New York City cathedral where conservative darling Cardinal John O’Connor still holds court. The result of ACT UP’s demonstration at St. Patrick’s was significant for it marked the first public act to break the religious code for the AIDS movement much like Stonewall uprising in 1969 which broke the legal and civil codes for the gay movement.

“There continues to be an incredible sense of hopelessness and mystery about AIDS,” says Keane. “There is still a great need for something like ACT UP. But I think the collapse of ACT UP can’t be blamed on President Clinton. The whole purpose of ACT UP was becoming blurred well before Clinton got elected.”

For the moment, Keane has traded civil disobedience for academia as he finishes his second year at Stanford law School. “Before law school, I felt like I was drifting,” says the Long Island native. “I felt like I wasn’t in control of my future. But I can’t ever see myself not being gay activist on some level. ACT UP showed me the basic issue of injustice involved with AIDS, and that sense of responsibility and truth doesn’t just go away.”

But the question is raised: Would he do it again?

“That’s a difficult question. I think that tactics have change with the times. But I really don’t know.”

His immediate plans include graduating from Stanford, moving back to New York City and trying to “keep my life together” Quite a feat by anyone’s standards. 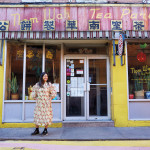