Lawmakers will take up the issue at next month’s meeting, after they’ve reviewed more information.

According to the article, Ryan White funds subsidize the health coverage and medications for 450 HIV-positive Utah residents with incomes below 250 percent of the federal poverty level, which amounts to about $27,000 for an individual.

“It looks to me like we’re funding a program providing insurance and [medical care] that is going to be covered under Obamacare: preexisting conditions, lifestyle choices and things of that nature,” said Republican Senate President Michael Waddoups. “I’m just concerned about that.”

Representative Carol Spackman Moss (D–Holladay), who has a stepson living with HIV/AIDS, added, “I guess I’m struggling to understand why the focus on this program and this group of people.”

Despite the funding dustup, Utah Health Director David Sundwall promised there would be no lapse in care for Ryan White recipients, even if it means acquiring money from other budget areas to avoid service interruptions. 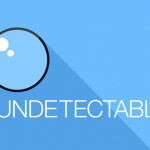